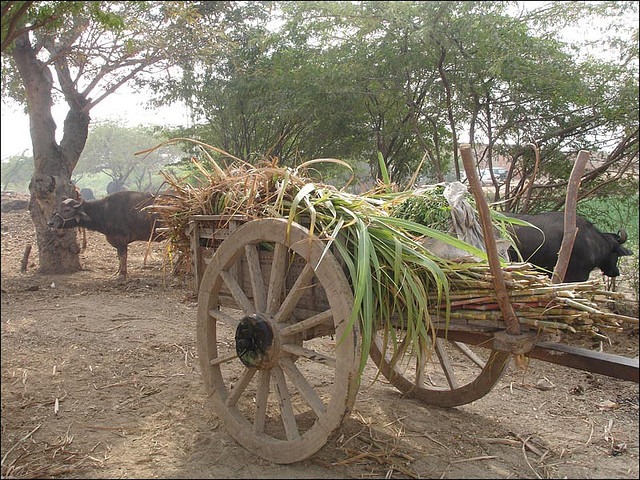 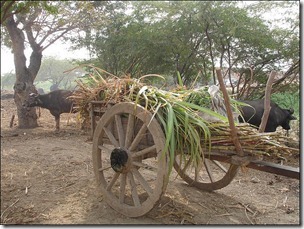 40 Kilometers out of Karachi, in the neighborhood of Sultanabad, Kemari Town lies a small goth named Anwar Thaheem of over 3000 inhabitants.

The village consists of a school, a single entertainment area and just one bricked house which is owned by the chieftain whilst the rest are thatched huts.

The majority of the residences are illiterate and despite the presence of a single computer which was donated to the school long ago, it has never been turned on due to lack of knowledge of the populace.

This goth in particular is of interest because the electricity wires that reach Karachi pass overhead (official kunda costs only Rs. 500 per month) and the fiber optic cables that connects the country pass within 20 feet of the village.

It’s places like these that serve as a reminder that despite the promise of information technology that has brought prosperity to millions of (mostly Urban) Pakistanis, unless the rural-urban divide is bridged and the issues of systemic issues not taken up more seriously, the broadband connection to over 1000 cities despite the hoopla will prove to be of little benefit to our country and the economy at large.

The promise of broadband for the rural sector has been hyped up for years. It has been seen as unlocking the great potential of the digital revolution in the service of relief to save lives, sustainable development and lasting peace in rural areas.

ICT has been seen a means of providing accessible and affordable education, while marginalized groups will use it to play a key role in economic development.

Over the last few years, some of this has come about. Due to the policies implemented by the govt. especially with regard to telecom, Pakistan has seen the growth of broadband at a good pace. Though penetration is still at 0.66% as of December 2010 with 1,140,781 broadband subscribers as compared to 643,892 at the end of December, 2009, it still shows a 77% growth over the last calendar year with 1000 cities covered to date.

The path ahead is still not easy. One of the great challenges of broadband is to provide service to potential customers in areas of low population density, such as to villages and small towns. In cities where the population density is high, it is easier for a service provider to recover equipment costs, but for each rural area it’s tougher as each area may require expensive equipment to get connected and for few customers.

The quality of service for internet service providers too remains a question mark. This is mainly due to old copper media for landline connections which prevents reliable service available for home-users who are 1,500 meters or farther from the telephone exchange.

Some of these challenges are being mitigated with help from the USF (Universal Service Fund) which has been running rural telecom projects to provide basic telephony and data services in several remote areas of Pakistan.

The USF backing on rural projects have changed the focus of telecom operators from urban towards rural population. Until now, contracts have been awarded for Rural Telecom Projects to provide a subsidy of PKR 4.2 billion in total. All these projects aim to provide services in 12,000 un-served muzas.

These projects have started bearing fruits as the number of previously un-served muzas where service has been provided has reached 3,500. In addition to this, it is mandatory for telecom operators in rural areas where USF is providing subsidy to power their infrastructure through renewable energy sources. So far, 66 Base stations are on solar. However the future is a long way away.

Broadband can be the great enabler that restores Pakistani rural’s economic well-being and opens doors of opportunity for all to pass through, no matter who they are, where they live, or the particular circumstances of their individual lives. With the escalating costs of living especially with the rise of fuel prices, the economics of rural sustainability are in question which rural broadband can resolve.

Even just a rupee jump in oil means people that are commuting to work can no longer make that economically viable.  Going to the next town to shop becomes an economic hardship.  The shifting of the economics is causing a lot of people’s livelihoods to disappear, at a time where rural broadband could provide clean, industry-sustainable jobs working for corporations that are physically located anywhere in the world.

Many more people would subscribe to high speed if they could turn it into an income supplement based out of the home.

But as with all technologies it’s not just about the infrastructure – it’s how people can rally around accepting their own full potential and that requires a change the mindsets. Rural poverty suffers from social isolation and lack of updated education.

The dream career of a matric passed student here is to get a low-level govt. job. Anything else is taken at blank. The second trouble is the lack of leadership. No tribal leaders shows up at any initiative, no teachers from the schools are  available for tutoring and worse even the MPs in the area never visit their own areas.

So the ideal outcomes are hampered by the unwillingness of the leadership to hear what’s possible. Thus building in new capacity or new buildings is more of a wastage of capacity unless one can also take care of the systemic issues.

The resistance that rural Pakistanis have shown toward towards what is their greatest opportunity at improving their lifestyles is part of a great systemic  responses that will have to be addressed before rural broadband will take off. These anti-literacy, anti-technology rural attitude barriers will have to be broken.

It will mean answering questions such as how do we educate our leaders who are not in school?  How do we educate teachers when there are not budgets for professional development for educators and at the end of the day it will come down to leadership.

If leaders are not keeping up with what’s possible through trends, etc, then it hampers the rest of us, and right now we have a generational inertia that is incredibly damaging.

The main thing that needs to change especially is youth’s readiness to accept change and to pay attention to what is happening around them, both locally and globally, and to give the youth an opportunity to receive current education and showcase their skills. Only than will the chasm ever be bridged.

Writer has been into technology and marketing for over 10 years. He’s Director – Digital Marketing & Strategy for Media Idee Digital, a digital agency working with clients in Sweden, UK, Middle East and Pakistan. He can be followed on twitter @umairmohsin.