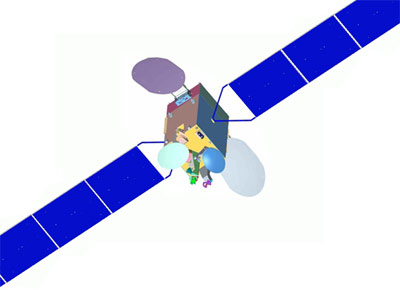 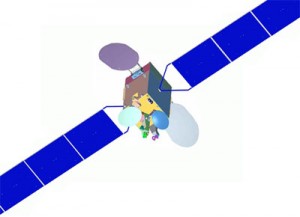 Pakistan is all set to launch its Paksat-1R satellite in next week or so in collaboration with China.

Paksat-1R is successor of Paksat-1 and will replace it as Paksat-1 is successfully going to complete its life, this year.

This Pakistani geostationary and advanced communication satellite will be launched from Chinese satellite launching site in second week of August, based on weather conditions.

Paksat-1R happens to be the first locally built satellite by scientists and engineers from Space and Upper Atmosphere Research Commission under the technical guidance and financial assistance from counterpart China National Space Administration of People’s Republic of China (PRC).

It carries communications payload to facilitate the introduction of a range of new services, including broadband Internet, digital television broadcasting, remote and rural telephony, emergency communications, tele-education and tele-medicine. The satellite is expected to have 15 years lifespan, and will be operated from Suparco Satellite Ground Station.

Paksat-1R is going to be a new symbolic development in Pakistan-China relations, as it will broaden the horizons of cooperation between the two countries. It will revolutionize the use of broadband Internet, digital television broadcasting and Mobile telephony. It will spur our economy, strengthen the education and health sectors and help us with disaster preparedness and response.

We are now looking at cooperation in remote sensing satellites. It is a long term project with many civilian uses. A remote sensing satellite will cover areas like agriculture, oceanography, disaster management and mitigation, crop monitoring, earth observation, water resources management, weather forecasting and urban planning. Such an application will have a direct positive impact on Pakistan’s socio-economic development.

Khan said that Pakistan Space and Upper Atmosphere Research Commission (SUPARCO) is establishing the necessary space technology infrastructure in Pakistan and we would want to develop our spaceflight programme with cooperation of China.