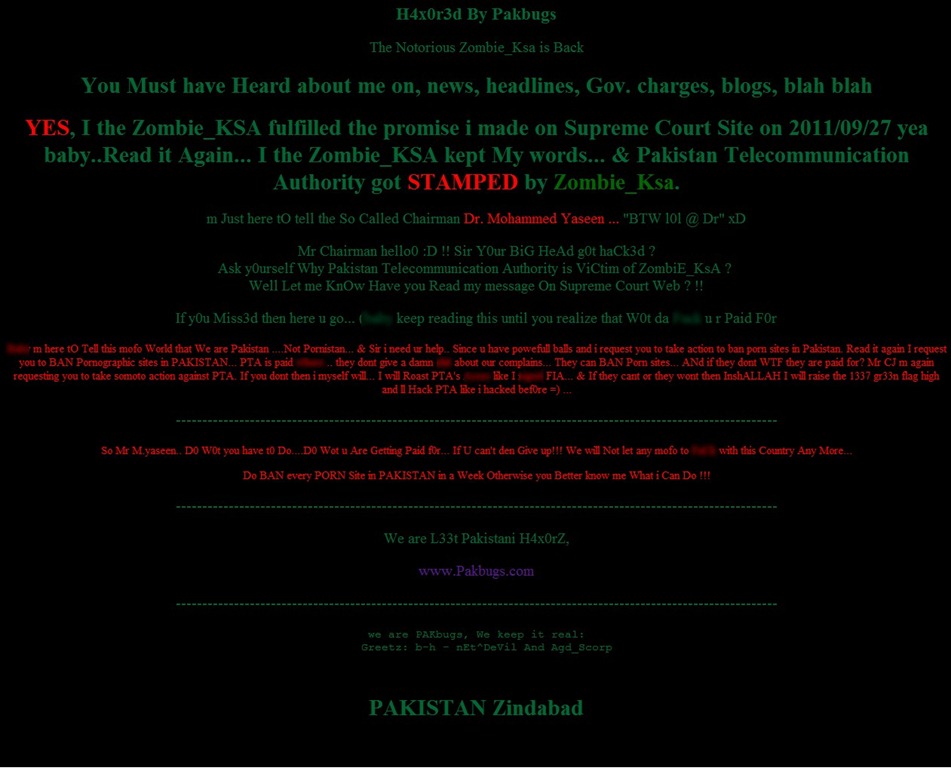 Pakistan Telecommunication Authority’s website was hit by a hacker earlier in the evening. Hacker didn’t deface the website, instead a page was inserted into PTA server (which has been removed now).

This hacker is apparently the same person who had hacked supreme court website a week ago.

Hacker, which names himself as Zombie_KSA, has asked PTA to ban all websites containing explicit material. Same hacker had defaced Supreme Court website a week ago with a similar message to Chief Justice of Pakistan.

It merits mentioning here that PTA, Minister of IT and Chief Justice of Pakistan was written a letter by a 9th grader few months ago. The kid had demanded the authorities to ban all websites that contain objectionable material.

PTA has removed the damaged page from the server. A communication with PTA officials confirmed that PTA website is working properly and there’s no way of intruding into it.