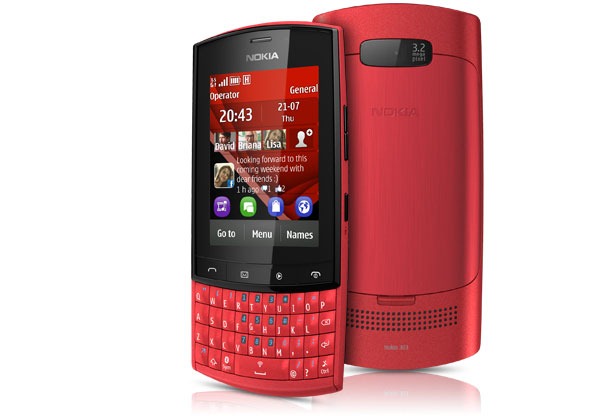 Nokia has announced four models for it’s newly announced Asha range, mid-end phones that comes between feature-phones and Smartphones at an affordable price.

Primarily aimed for emerging markets, Nokia targets Asha series for the next billion to get themselves equipped with low-cost phones that will offer more than just the basic telephony features.

Four Asha Phones, namely the 200, 201, 300 and 303 hold their specific target audience based on features and price. Keep reading to know further: 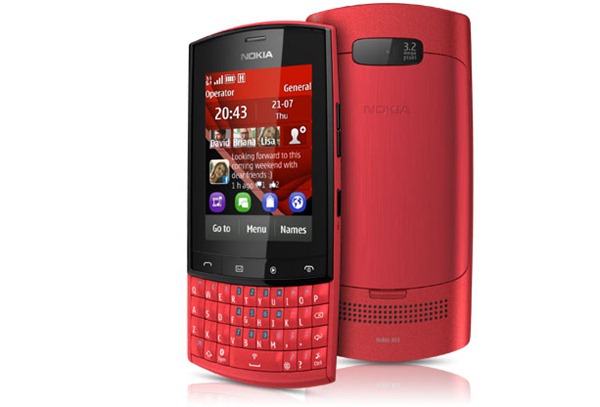 The device harnesses a powerful 1Ghz engine, 3G and WLAN to deliver a fast Internet experience. Social networks, email and IM are at the center of the experience, easily accessible from the homescreen.

The Nokia Asha 303 is powered by the cloud-based Nokia Browser, which by compressing the web by up to 90%, provides higher speeds and a more affordable access to the Internet.

Angry Birds Lite, the popular Mobile game, comes preinstalled, together with support for other globally relevant applications such as Facebook Chat, Whatsapp messaging and the latest release of Nokia Maps for Series 40 (in selected markets).

Nokia says that the estimated retail price for the Nokia Asha 303 will be approximately PKR 13,500. It is expected to start shipping in the fourth quarter of 2011. 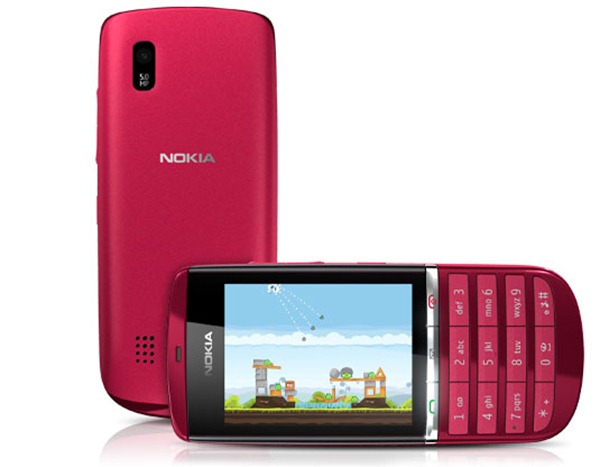 The beautifully designed Nokia Asha 300 is a touch device which also offers the convenience of a keypad.

The Nokia Asha 300 comes with 1GHz processor and 3G to deliver a faster Internet and social networking experience. The Nokia Browser allows for fast, affordable and localized Internet access by compressing web pages by up to 90%.

Users have fast access to messaging, email and instant messaging from the home screen and can swipe to access apps, music or games from the Nokia Store. The Nokia Asha 300 also arrives preloaded with the popular Angry Birds game.

The Nokia Asha 300 comes with a 5 megapixel camera, a music player, FM radio, Bluetooth connectivity and can handle memory cards up to 32GB.

The estimated retail price for the Nokia Asha 300 will be approximately PKR 10,000. It is expected to start shipping in the fourth quarter of 2011.

The Nokia Asha 200 is dual SIM phone with Easy Swap functionality, allowing consumers to easily change their second SIM without switching the device off.

It is a QWERTY phone designed to meet the needs of young, urban consumers who want to constantly stay in touch.

The estimated retail price for the Nokia Asha 200 will be approximately PKR 7,000. It is expected to start shipping in the fourth quarter of 2011.

The Nokia Asha 201 has great music features including a high performing loudspeaker, enhanced stereo FM radio and ringtone tuning. With the Nokia Browser you get even faster, even better and more affordable access to the Internet.

It supports up to 32 GB memory cards and provides a battery for 52 hours of music playback time. The Nokia Asha 201 also supports push email as well as the popular Whatsapp messaging app.

The estimated retail price for the Nokia Asha 201 will be approximately PKR 7,000. It is expected to start shipping in the first quarter of 2012.