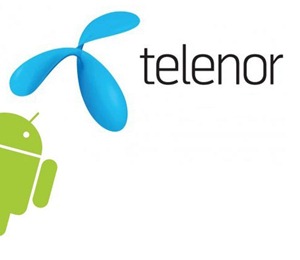 Telenor International today announced that it has partnered with Google to launch store-in-store for Telenor’s Android users to access selected suite of relevant apps inside a fixed destination on the front page of Android Market.

As part of this agreement Telenor customers, in all 11 operating countries, will be able to pay for apps via their mobile operator to make app payments more flexible, especially for markets with low credit card penetration. Local developers will also benefit by the increased exposure of their apps and the potential of increased revenues.

The agreement covers all of Telenor’s 11 international markets, with initial launch in the first quarter 2012 in Thailand, Malaysia, Hungary, Sweden and Denmark.

The deal meets the insatiable demand for mobile content in established European markets as well as in the faster-growing Asian economies. While smartphone penetration might be lower on a percentage basis in Asia, they easily beat their European counterparts in absolute user numbers.

An editorial team in each country will be responsible for selecting and presenting up to 50 apps – with high local relevance.

Operator billing makes it easy for Telenor’s Android users to pay for apps, via prepaid or postpaid subscriptions, and enables developers to more easily monetize on their products. Industry data shows that, given the option of paying via credit card or operator billing, approximately 70% prefer the latter.

The upgrade requires no effort on the part of Telenor’s Android users. All they need to do is to enter Android Market on their handsets and select the Telenor (or local subsidiary) tile on the front page.

Telenor customers Pakistan can expect to start using this service later in 2012.