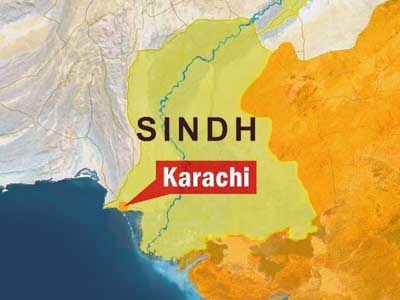 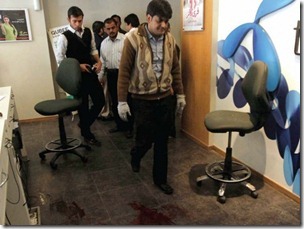 A security guard and receptionist was killed when unidentified gunmen opened fire at Telenor’s franchise in the Nazimabad area of Karachi on Tuesday, reported Express Tribune.

At around 12:52pm, two armed men in shalwar kameez, entered the Telenor outlet and opened fire at the staffers before escaping within five minutes.

As a result, Faiza, 25, security guard Mazhar Butt were shot dead while salesman Mansoor, 37, and two customers, Waseem, 29, and Imtiaz, 26, were wounded. They were rushed to Abbasi Shaheed Hospital.

Faiza, who was married, lived in Nazimabad and Mazhar in Orangi Town.

“The security guard had placed his weapon inside and was going out for some work when he was targeted,” said the manager of the outlet, Shahzad Khan, who was also present inside. He escaped unharmed as he locked himself into a room. “Then the men came inside and opened fire.”

He said that the men even opened the fire on the entrance door and windows inside the franchise. Police officers reached the site soon after.

They said that one attacker was injured in the firing by his own companion.

“Apparently, this is part of the series of attacks on franchises whose purpose is extortion,” said District West DIG Imran Yaqoob Minhas. “We solved the previous two cases in which a Taliban member was killed and another was arrested. Perhaps these guys were their buddies.”

SP Chaudhry Asad told The Express Tribune that the police have obtained the CCTV footage and are questioning the men arrested in the earlier attacks.

The attacks on mobile franchises have been on the rise in the city. Last year in December, two people died when two men opened fire at a Telenor outlet Shahra-e-Noorjahan.

In other incident earlier this year, a Mobilink outlet was targeted and an explosive device was used in the attack in the Hyderi area of North Nazimabad.

Although the Crime Investigation Department (CID) had arrested a man they said was responsible for the franchise attacks they had also warned that there might be more.