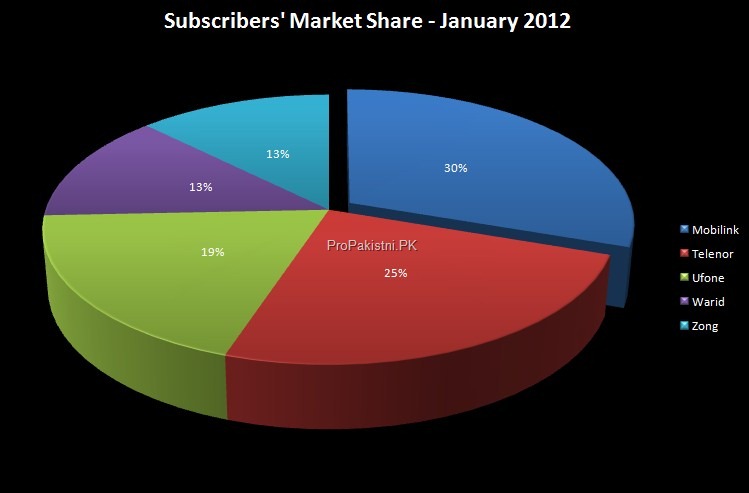 According to latest figures released by Pakistan Telecommunication Authority (PTA), Mobilink led the market with 34.70 million subscribers followed by Telenor with 28.47 million customers.

Ufone’s subscriber base grew to 22.02 million subscribers while Warid ended the month with 14.99 million customers.

Zong grew its customer base to 14.42 million customers.

Ufone added most customers in January 2012, followed by Zong and Mobilink.

Have a look at following graphs to get a clearer picture of mobile phone subscribers of cellular companies over past few months: 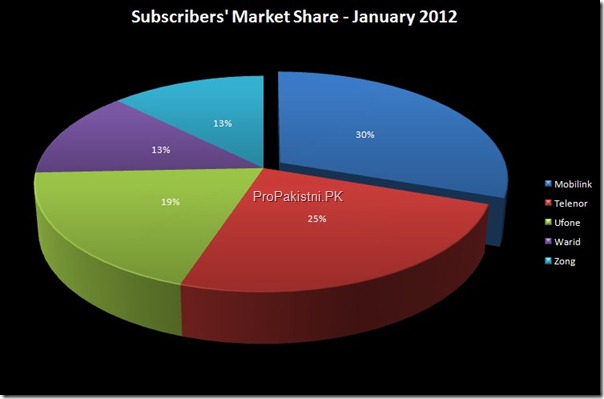 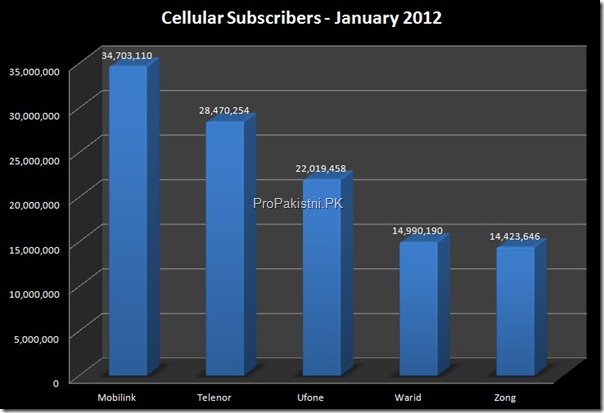 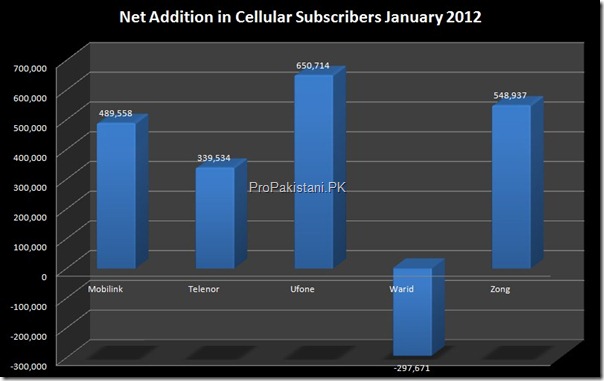 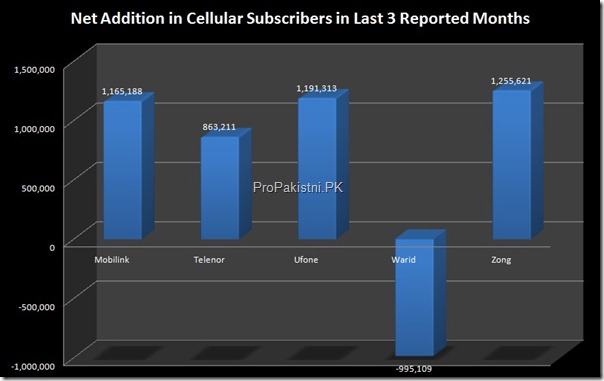 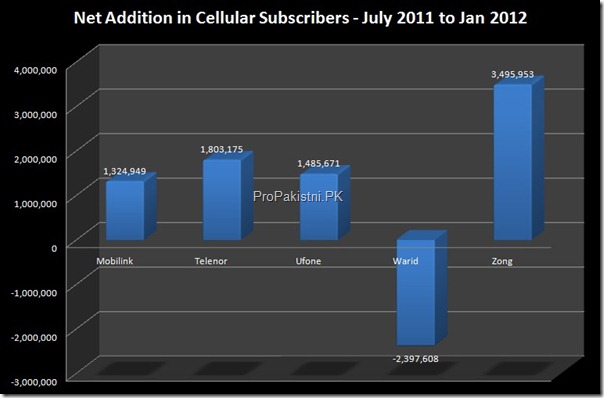