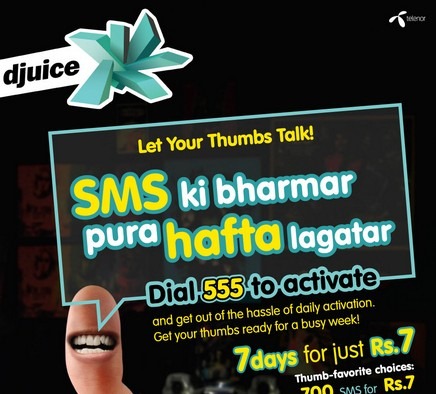 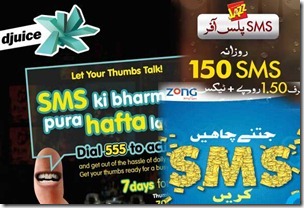 Major newspaper (including DAWN) and TV channels yesterday carried this story by APP claiming that widespread availability of cheap unlimited text message plans has made the service as preferred mode of communication for youngsters and its excessive use is leading to health problems among them.

Report said that SMS has surpassed rest of the forms of daily interaction amongst youngsters like face-to-face conversations, voice calling, etc.

It said that 60 per cent of youngsters send and receive over 125 text messages daily to interact with their peer group.

Report claimed that excessive texting is leading to a number of problems for kids such as insomnia, depression, lack of eating, isolation etc.

Almost 90 per cent of those interviewed by APP admitted that they sleep with their cell phone lying next to them and thus, keep slightly awake most of the time during their sleep.

Majority of respondents admitted that they are often awakened by a phone call or a text message after going to bed and the lack of sleep has affecting their work and progress.

On a related note, very similar survey with almost similar results was conducted by Indian industry body Assocham back in July 2011. Interestingly APP’s findings exactly match with this study done by ASSOCHAM. And don’t get amazed if we tell you that we had revealed exactly similar impacts of SMS/Night Packages on youth back in July 2008.

Here’s what exactly we reported in 2008:

These night packages have made people lazy. As they don’t enjoy sound sleep at night and of course they have to do a lot of work at day as well so it is making them both physically and mentally sick.

Eating disorder is common among these people. They don’t go to anyone’s home as they can’t afford to waste any “free” night.