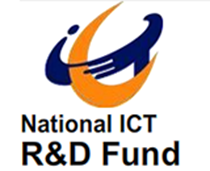 The National ICT R&D Fund has planed to promote technologies and applications in local languages for assisting effective and widespread use of Information and Communication Technologies (ICTs) across Pakistan.

The department has sought the establishment of an “Advanced Technology Program in Human Language Technologies from private companies and educational institutes in this regard. Hence, ICT technologies and applications will be developed using local languages and content for uplifting of socio-economic development of Pakistani citizens and communities.

The program aimed at exploring avenues for capacity building for commercialization of such technologies, thus contributing to developing a vibrant industry around local language computing and content

The significant challenge is to provide means and technologies to the Pakistani population to enable them to use and benefit from ICTs that hold a promise for socio-economic impact for our nation, improving services, incubating innovation and increasing national harmony.

ICTs applications are available in English that excludes almost 90% of Pakistanis, who cannot communicate in this foreign language, from the potential benefits. In Pakistan more than 66 languages are spoken, making Pakistan a very linguistically diverse country but enabling ICTs in so many languages requires a considered and substantial effort.

But the enormous advantage can be gained from big population by deploying ICTs, useful applications and content in the local languages.

National ICT R&D Fund is seeking a considered, large scale and long term effort, with significant involvement of the public sector, aimed at facilitating masses to use technology for daily lives with its commercial utility in future.

The governments in other countries have set up public departments and organizations to cater to this important area of research and development. Some examples in Asia include the Technology Development in Indian Languages (TDIL) program of Ministry of IT, Government of India (http://ildc.in/), Human Language Technology Center at NECTEC, an initiative by National Agency for Science and Technology, Government of Thailand (www.hlt.nectec.or.th), MASTAR project at National Institute of ICT by Government of Japan (http://mastar.jp/index-e.html), Research Division of Department of IT, Ministry of Communication, Government of Bhutan (http://www.dit.gov.bt/content/about-us), National Language in IT of High Level Commission in IT, Government of Nepal (http://hlcit.gov.np/content.php?cms_id=22), etc.

Though there has been some work in Pakistan in this area during the past decade, most of the effort has focused primarily on Urdu. Presently, there is very limited capacity to do research and development in this area both in academia and in the industry, which has also been a factor in the limited growth of this area.

National ICT R&D Funds is looking for comprehensive functions of the program that will develop technologies in local language not only for computer but for mobile phones as well.

It is matter of fact that low levels of literacy and low PC/Internet penetration in the Pakistani society – only about 10% Pakistanis use internet, of which only 0.5% have personal computers. But ICT based solutions/applications available through mobile phones, which now have manifold more penetration than regular computers.