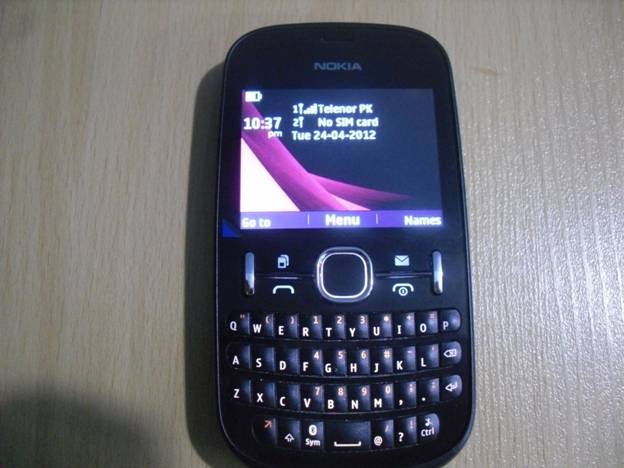 Continuing to serve its consumers with higher quality cell phones, Nokia once again presented ravishing series of Asha phones to their consumers. Nokia , this time, came up with a mid-range phone series that is designed for price conscious consumers.

Nokia Asha 200 is a 2G network phone with dual SIM and Easy Swap functionality to facilitate its customers to swap multiple SIM cards while on the go without any rebooting. 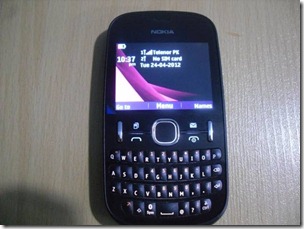 Simply saying, Nokia ASHA 200 looks similar to blackberry handsets. It has this portrait QWERTY keypad to enhance the speed of all its conceded features such as integrated texting, social networking, MMS, adding RenRen, email and IM, Orkut along with Flickr support.

The overall structure of Asha 200 such as its wide 2.4’’ screen QVGA display with support of palette of about 262,000 colors, curved side corners, colorful QWERTY keypad and its well finished plastic back is really enough to attract the ones who love style with simplicity.

These overall structural appearances make easy for user to operate it easily while using all physical keys of device. However 5-way navigation button sometime could be confusing as slipping of fingers accidently. 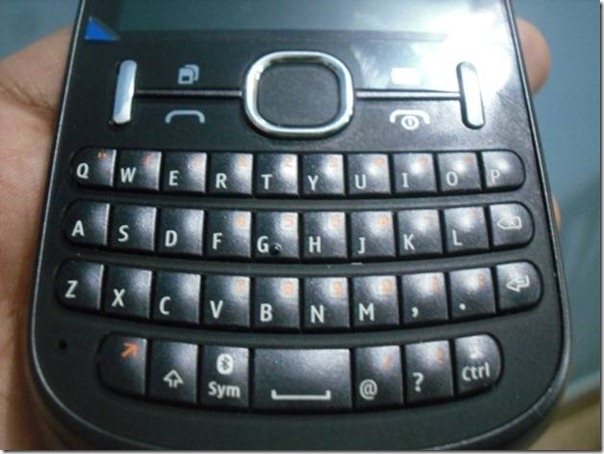 It carries S40 Asha platform to run different apps but due to its lessen usage S40 could not get as user friendly as one would have wished. Once the user is familiar with this OS, it would be not hard to get through menus, customizing shortcuts, and getting used to the way things are controlled.

However, users have choice to set home screen with widgets or to go without widgets. Although, the widget’s choice would be more useful and attractive in understanding the device settings shortly. 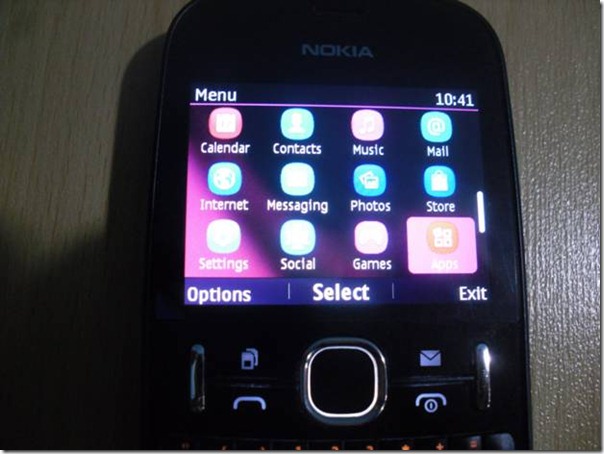 What I like about it is its store settings for five different SIMs. So, whatever SIM card you have, your setting would be stored.

By far, the Nokia Asha 200 carries 2MP camera with digital zoom along with a number of various connectivity choices like GPRS, EDGE and social networking options conferring good image results significant to its price.

However, due to absence of auto-focus and shutter holdup of over a second; it has been hard to get attention by finicky camera users that really want high resolution pics in their devices. Likewise the camera, video feature exactly has the same result. 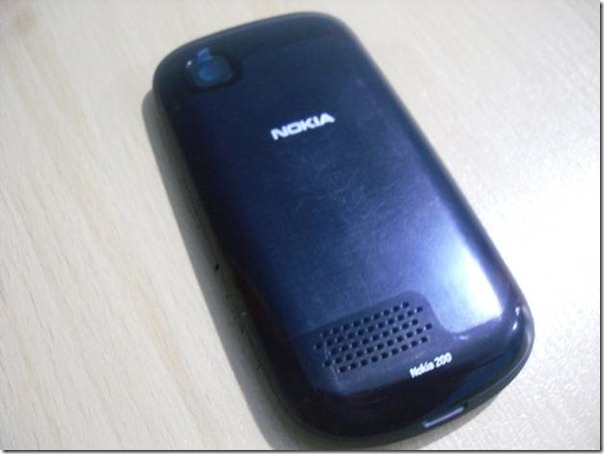 This device is giving its users more than its price as giving up to 7 hours of talk time by a single charge and 52 hours of music playback like as the expensive smart phones.

However, in stand-by mode, this device calls for charging after a full month with single SIM card usage and by two of the SIM cards, it is enough for probably 3 weeks long.

Cataloging of music by several names such as album name, singer or any title is not a big deal to enclose. However, if you are a music lover above the FM radio, you have to be with micro SD while the device’s 10MB of internal storage is microscopic.

After that is covered, user will be able play favorite tunes via the device’s loudspeaker. Its 32 GB memory card makes it possible to play thousands of songs that are attraction for music lovers. 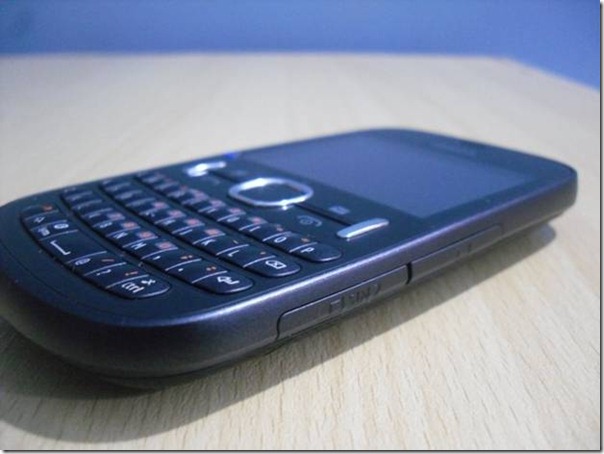 This device has been preloaded with Angry Birds game which increases enjoyment factors for users.

The video resolution is supported with 320 by 240 pixels that facilitate to play back videos but due to small screen display, viewer could bored or switch to another devices such as MP4 or etc.

The first QWERTY keyboard with dual SIM cards has all the tremendous features as it is a social media ready phone, which would really welcomed by youngsters. 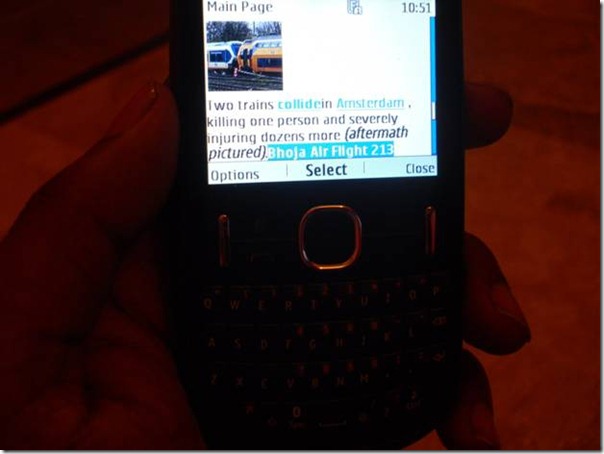 But drawback is its lacking of 3G AND Wi-Fi support.

To have access to internet is possible through 2G radio with support for EDGE and this takes a moment while downloading any apps or checking facebook feed and status.

Bluetooth 2.1 with EDR is quite faster for rapid data transfer between devices and then again a micro USB port through support for mass storage mode having slow speed of transferring for a wired connection.

Avid Social network users could get easily join their friends and groups by preloaded apps of Facebook, Twitter and Flickr integration. Moreover, for chat lovers, instant messaging client allows to get talked with friends’ circle by Facebook Chat, Google Talk, Yahoo! Messenger, and MSN Messenger. However user can download any apps from the Nokia Ovi store that is supported by PC suite. 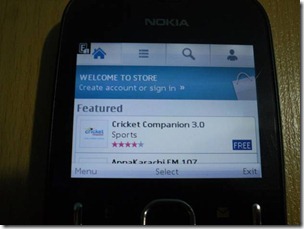 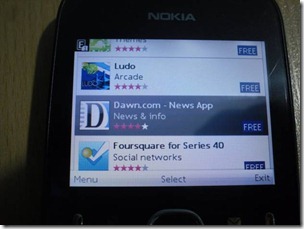 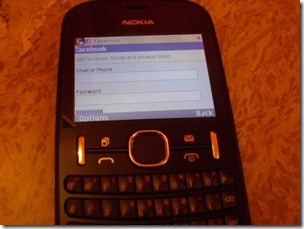 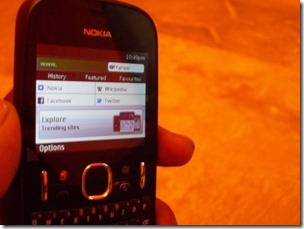 In Pakistan, this stylish handy device is available to consumers at the rate of 6,750 Rupees and this price is reasonable to all income groups for whole exciting and vibrant device along with social enthusiasm.

Seeing overall features of the Asha200, it would be experienced as comprehensive Smartphone with the bunch of multimedia and social networking features. If one wants to go for smart phone at quite affordable price, surely Nokia Asha 200 would be idyllic and sturdily recommended.