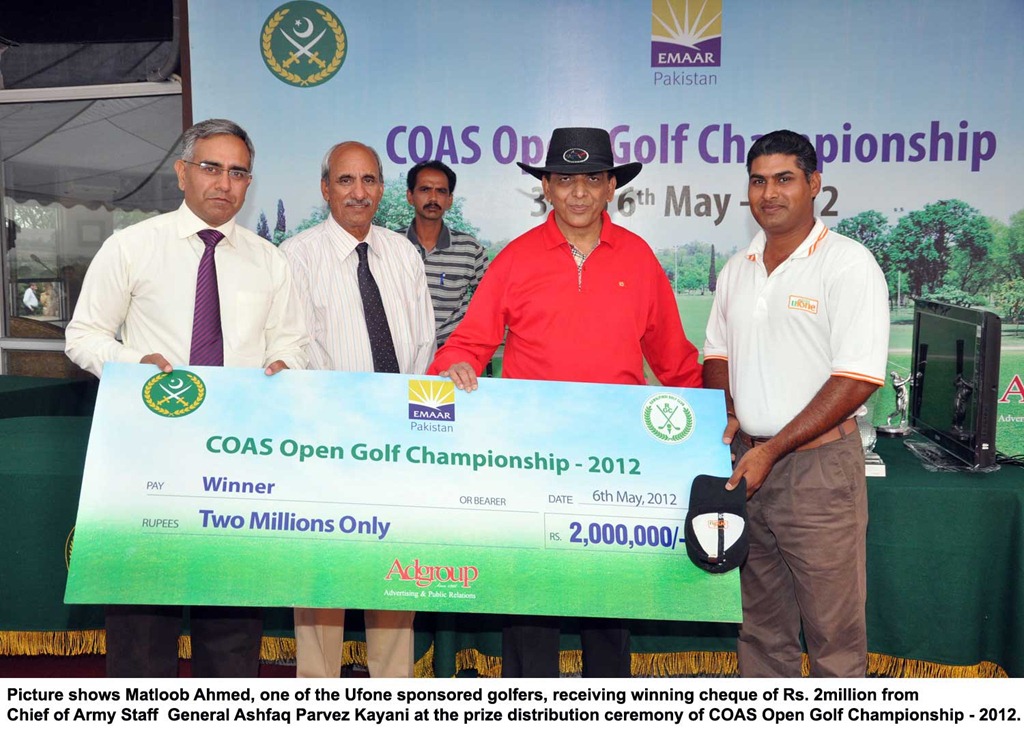 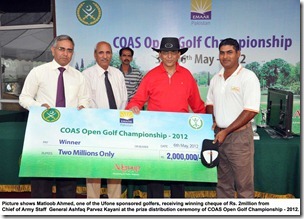 There were more than 400 participants in the event from all across Pakistan. The tournament throughout was led by Matloob Ahmed and Muhammad Nazir both Ufone sponsored golfers but at the end this was Matloob who stood strong to take away the winning prize. Chief of Army Staff General Ashfaq Parvez Kayani handed over the winning cheque of Rs. 2 million to Matloob Ahmed at the grand prize distribution ceremony.

Ufone recently announced its ongoing commitment to sports in Pakistan by signing up the top golfers Pakistan has to offer. This is the first time in the history of Pakistan that golf has been endorsed at such a massive country wide scale. Ufone has signed on Shabbir Iqbal (Pakistan No.1), Matloob Ahmed (Pakistan No.2), Muhammad Munir (Pakistan No.3) and Mubariz Ahmed (Pakistan Junior Champion) along with other upcoming talent. This step has reaffirmed Ufone’s conviction to support sports in the country. Soon after the signing of these players, Muhammad Munir won Mangla Open 2012 and the KP National Ranking Open Golf Tournament 2012 and Matloob has soon followed suit.

Speaking at the occasion beaming Matloob Ahmed said that Ufone’s endorsement has built his self-confidence. The platform provided by the company has encouraged golfers to play local and international tournaments which has increased the spirit of competition between them and drives them to perform at their very best.