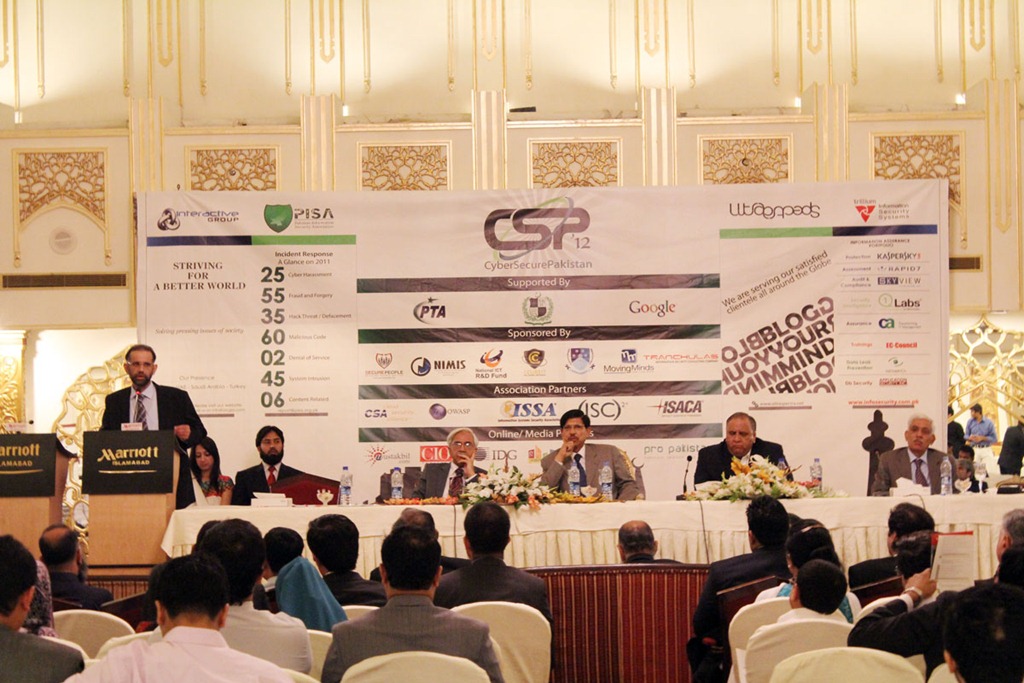 Cyber Secure Pakistan 2012, a Conference geared at spreading awareness relating to cyber security issues in Pakistan, recently held in Marriott Hotel, Islamabad. CSP ’12 was one of its kind event in Pakistan where people from all the walks of life associated with the cyber world actively participated.

From bloggers to developers, authorities to personalities, hackers to victims, all kinds of internet users attended the conferences and the active participation was seen throughout a full day event. 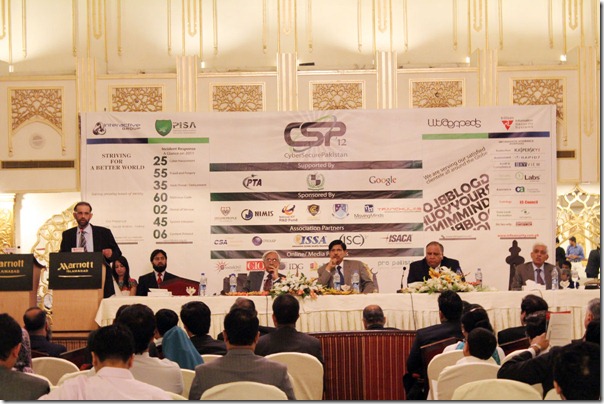 The recitation of Quran was followed by the opening remarks by Mr. Ammar Jaffery, President of PISA, Pakistan Information Security Association.

In his remarks, Mr. Jaffery excellently explained the history of CSP, its need and importance. He drew the attention of the listeners and made them realize the importance of this conference in Pakistan.

Followed by Ammar Jaffri was the speech by Mr. Iftikhar Ahmad, the former Federal Secretary and Inspector General of Police. He also discussed about being secure in cyber space. Mr. Iftikhar Ahmad emphasized the need for proper legislation for cyber crimes in Pakistan just like the rest of the world to ensure cyber security.

In his speech the chief guest assured his complete support and guaranteed again and again that wherever his services or assistance is needed in this regard, he will make sure his presence and support, which was much appreciated by the audience and it was the conclusion of the starting session of the conference.

It was followed by Plaque Distribution and Hi-Tea. 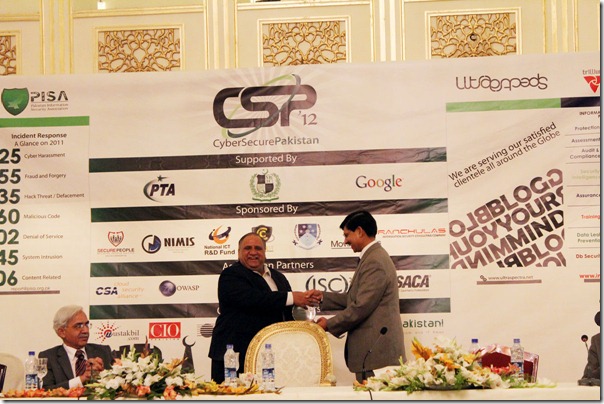 Google Consultant for Pakistan, Mr. Badar Khushnood nicely answered most of the questions and handled objections raised against his organization and international cyber community. This panel discussion was fruitful, very interactive and knowledgeable. 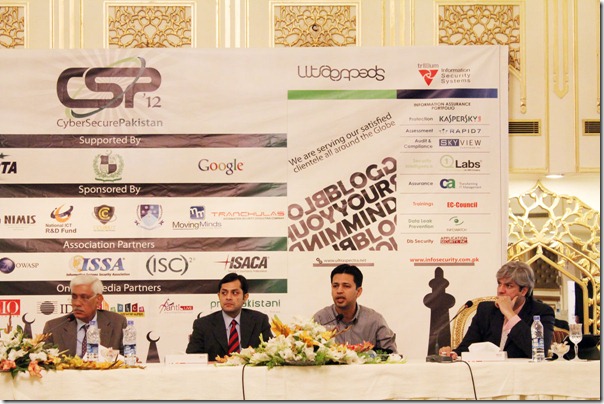 After the panel discussion on ’Cyber Crimes Legislations – The way Forward’, Badar Khushnood spoke on ‘Top 10 things Google does for security”.

It was followed by the speech of CEO, Trilliom InfoSec Systems, Mr. Mahir Mohsin on the topic of Combating APTs. Mr. Amir Jamil – Cheif Information Security officer, Interactive Group spoke on ‘think before you click’ in which he tried to create awareness among the audience about secure browsing.

A very interesting Blogger’s Meetup was arranged by UltraSpectra in another room at the same time for the bloggers present in the conference. Mr. Zunnurain Khalid from UltraSpectra started the meetup with his opening speech. It was attended by many leading bloggers of Pakistan. Mr. Ammar Jaffri and Badar Khushnood also addressed the bloggers.

Zeeshan Shafquat, Hamad Dar, Shashca Team and bloggers like Syed Moazzam Ali were also present in the meetup. Hasan Raza told the bloggers about the importance of security and how their blog almost got hacked and how they recovered it.

After the meetup, all the participants gathered in the Crystal Ball Room of Marriott for lunch.

Another interesting speech along many others was delivered by Mr. Zubair Khan, CEO Tranchulas. Gone in 60 seconds was its title. He very nicely expressed hacker’s point of view of how they breach the cyber security. His speech drew attention of many listeners and was very much appreciated. 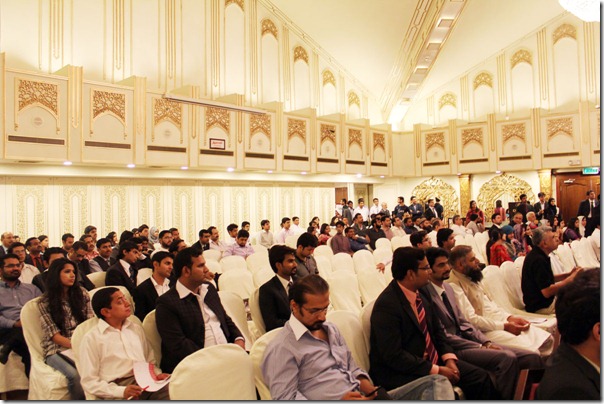 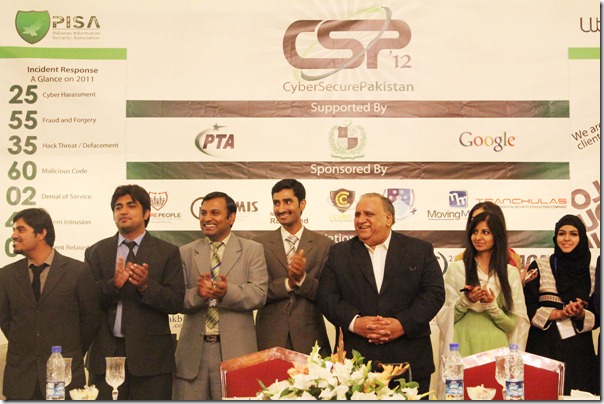 Closing remarks and vote of thanks was delivered by Mr. Nazir Baid, Chapter Leader Karachi, PISA.

Overall it was a great event by UltraSpectra and PISA. All the speakers, visitors, bloggers & attendants were highly motivated. According to Mr. ZunNurain Khalid from UltraSpectra, they are planning to organize same kind of conference in Karachi in near future. After the final tea, plaque distribution and catwalk by CSP Models on the stage, Movie Die Hard -4 was also shown.

Zulfiqar Ali Malik is founder of “Live at Campus”, an online platform for students to write and share their creativity.