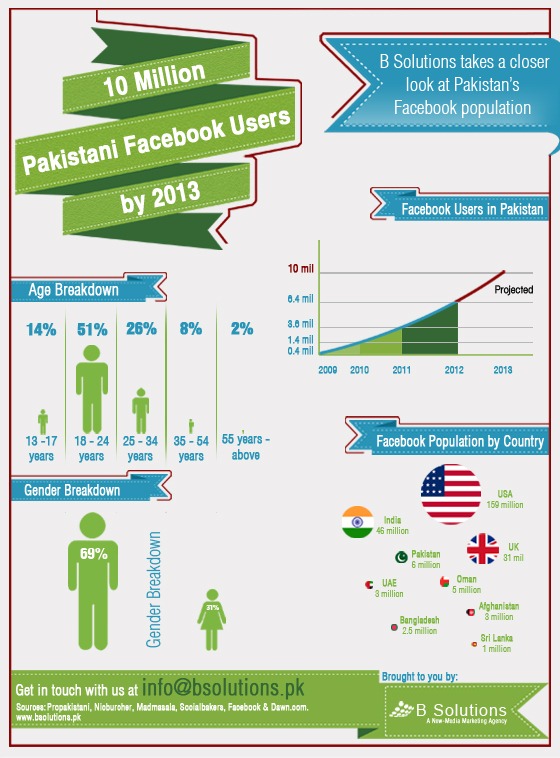 Pakistan will have 10 million Facebook users by 2013, said an inforgraphic published by B Solutions, a social media strategy company.

B solutions projected that estimated number of Facebook users in Pakistan will cross 10 million mark by 2013, which are currently reported to be around 6.4 million users.

Infographic said that 18-24 years of age group constitutes a total of 51 percent users on Facebook from Pakistan. Overall there are 69 percent male users as compared to 31 percent female Facebook users in Pakistan. 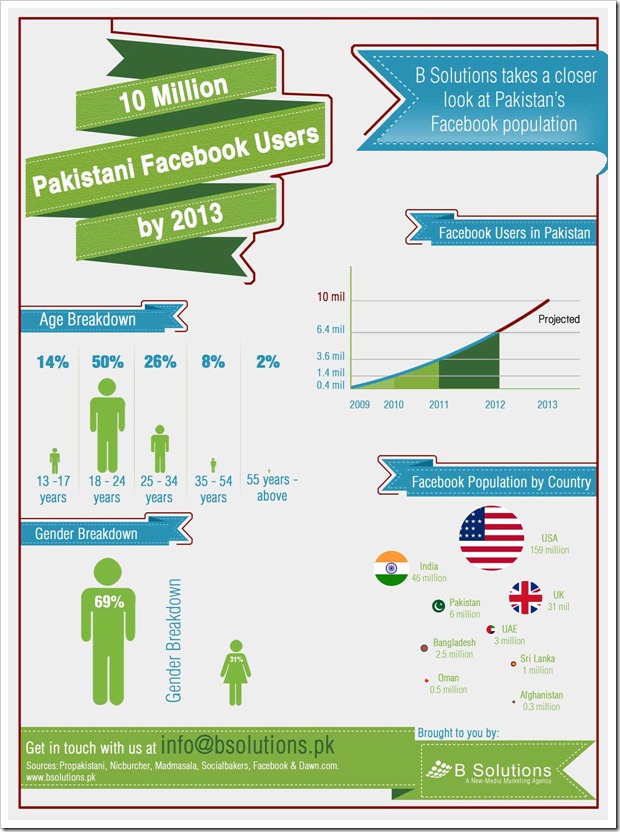