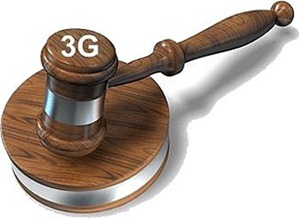 In a development at PM house today, It was decided that Ministry of Information Technology will immediately advertise a job for consultant in the media to expedite the process of 3G license auction which has already got delayed considerably due to the unnecessary official procedures.

Earlier, PTA was suppose to advertise this job – however, it appears, government isn’t happy with the PTA and task has been handed over to MoIT.

In a briefing on 3G license by the Ministry of Information Technology, chaired by Prime Minister Raja Pervez Ashraf, PTA was directed to seek list of experts from Ministry of Information Technology to evaluate Expression of Interest (EOI) from the consultant. PTA assured that the letter would be written to the Ministry for seeking the list of participants to be the part of the EOI/RFP committee in order to meet the imperative of transparency in absolute terms.

It was also reiterated in the meeting that it is the PTA’s responsibility to carry out the auction of 3G license in a transparent manner.

Information Memorandum on 3G will also be drafted from scratch, after the input of consultant that is supposed to be hired very soon.