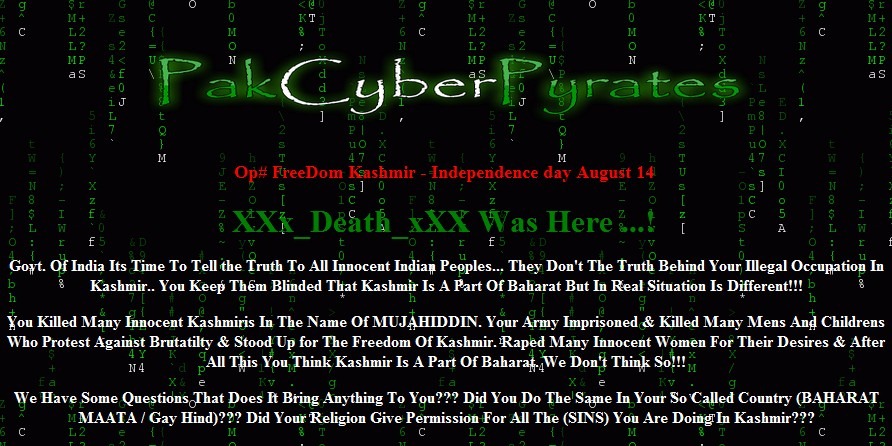 Massive defacements of cross-country websites. This happens every year, mainly in August – a time when both the nations celebrate their independence days – a time when patriotism is triggered at its best.

Hackers from both side of the border, mostly those with amateur skills, try their scripts to deface cross-country government websites. When defaced, the hackers of counterpart country return the favor by hacking back the government websites – ultimately starting a loop of never-ending defacements.

If not stopped (by senior fellows), such defacements go out of control and become a full-fledge cyber war (dubbed as Pakistan Vs India Cyber War) involving senior and junior level hackers’ groups alike.

The August hacking fest, as mentioned above, has started, with Pakistani hacker group defacing the official website of Indian Railways and some 89 of subdomains related to Railway department.

It is likely that Indian hackers will return the favor, given the government websites (of both countries) are insecure like anything and defacing them is considered as “Halwa”.

Below given is the screenshot of defaced Indian railway website, according to which the website was defaced by Pak Cyber Pyrates, same group that recently hacked News One TV and Khyber News TV websites. 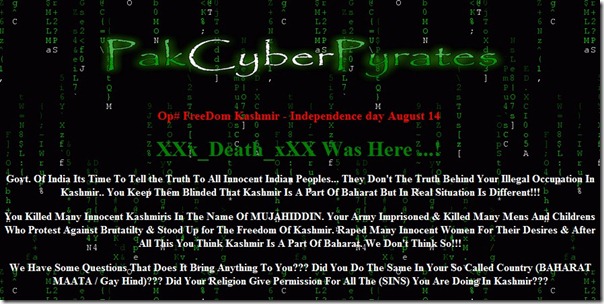