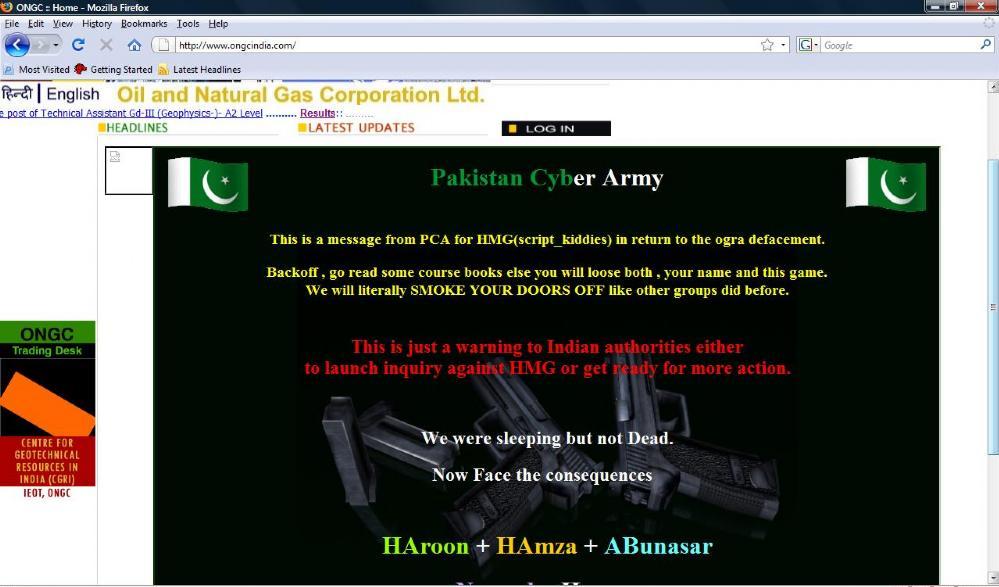 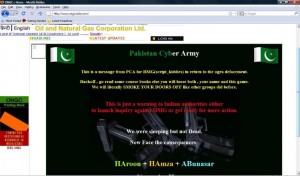 Other websites which were hacked by Pakistanis include

I got a chance to speak with PCA, who confirmed that their group knew this web-server for last two years which is hosting most of Indian Government Websites, but they never hacked it, despite it was never a big deal for them. PCA was of the view that they are not criminals and bear no bad intentions for anyone, but they could not see Pakistani websites getting hacked by Indians; so they had to hack these Indian websites.

This is a message from PCA for HMG(script_kiddies) in return to the ogra defacement.
Backoff , go read some course books else you will loose both , your name and this game.
We will literally SMOKE YOUR DOORS OFF like other groups did before.
This is just a warning to Indian authorities either
to launch inquiry against HMG or get ready for more action.
We were sleeping but not Dead.
Now Face the consequences
HAroon + HAmza + ABunasar
Naveed + Hassan
Pakistan ZindaBad

PCA asked Indian authorities to take action against HMG (the group that hacked OGRA’s website). The most notable part of this defacement is

As I mentioned in my previous post that OGRA’s website was hacked by a Indian Script kiddes, who was actually not aware of the consequences. But his little mistake may fan the fire of cyber war between India and Pakistan. Exactly the same was as it happened before; meaning that a little mistake is going to lead us to a situation which can damage both countries’ websites.

Previously, both countries remained in state of cyber war during 1997 to 2002. From Pakistan’s side the war was fought by PHC “Pakistan Hackers Club” and Gforce. These two groups were responsible for defacing hundreds of Indian websites, and broke all previous records of cyber war history. Both of the Pakistani Groups then settled issues with NEO, an Indian hacker to conclude that 5 years running Cyber war. 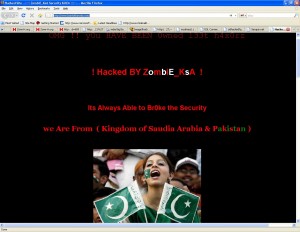 Saudi Based Pakistani Hackers In Action Too

In an email sent to us, KSA based Pakistani hackers told us that they managed to hack very secure and sensitive websites of India as well. These include CID site of Andhra Pradesh www.cidap.gov.in , Bank Of Baroda bankofbaroda.com – One Of The BiGGest Bank Of India ! ! And aponline.gov.in

another pic of CID web

Read this email sent to us by PCA Admin; after they hacked Indian website

Disclaimer: This post is not intended to propagate the hatred or otherwise feelings for anyone or any cause. The information provided is just to bring forward the update to readers; comments may not reflect ProPakistani’s content policy.

Furthermore, ProPakistani is neither responsible for the reported computer crimes nor it is directly or indirectly involved in them.