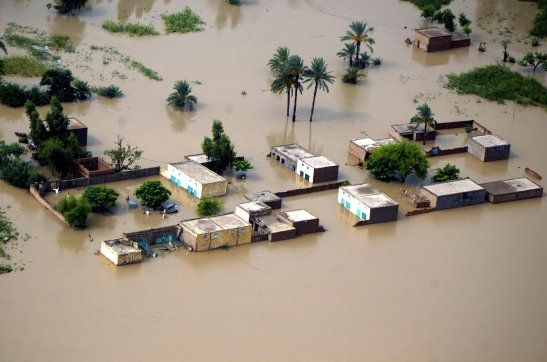 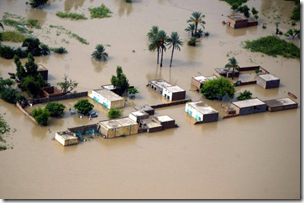 In wake of the possible floods, Ufone has announced an early flood warning service which is a part of a comprehensive flood awareness campaign that was launched  in collaboration with Plan International Pakistan.

Ufone is also supporting Plan’s ongoing early warning systems by disseminating information to communities at risk and responsible organization including local governments. These awareness drives will be compatible with preparedness initiatives once the response is officially triggered in the backdrop of heavy rains.

It may be recalled here that during the floods of 2010 and 2011 Ufone provided relief items and survival kits to the flood victims in abundance. This time around, by launching the early flood warning service, the company will venture into a first of its kind awareness drive that will help save millions of lives.

Expressing his views, Abdul Aziz- President & CEO of Ufone said, “As a socially responsible organization Ufone worked hand in hand with government and non-government authorities in 2010 and 2011 in the aftermath of torrential rains and this time around,” he said, “we have proactively engaged our resources for dissemination of flood awareness messages”. He hoped the awareness drive launched by Ufone will bridge the information gap government departments and the flood victims by raising their awareness and saving precious lives.

Established in 1937, Plan International is a development organization, working for lasting improvements in children’s lives especially in developing countries, through a process that unites people across cultures and adds meaning to their lives. Plan is currently supporting and strengthening disaster preparedness in 7 most vulnerable districts of Pakistan located in South Punjab and Northern & Southern Sindh.

Rashid Javed- Country Director Plan International-Pakistan said “We look forward to joining hands with Ufone in order to respond to the needs of children and communities affected in natural disasters especially in flood prone areas. With this collaboration timely and effective assistance can be provided to affectees with distribution of food and non-food items, based on immediate needs in Southern Punjab and Sindh. The relationship will foster a broader collaboration between Ufone and Plan to help building communities that are resilient to disaster and emergency situations while using the specific skill both partners bring to be able to harmonize Disaster Risk Reduction with use of outreach and technology.  A mass media campaign will be designed to raise awareness of amongst flood prone communities on risk mitigation, early warning mechanisms and accessing timely flood related information.  Realizing that disaster preparedness is a needed investment to mitigate risk and vulnerability of children, youth and communities, both organizations will cement efforts in this regard and also look at strategic stock piling of relief items which could be distributed within hours after an emergency and engaging communities on flood risk reduction measures”