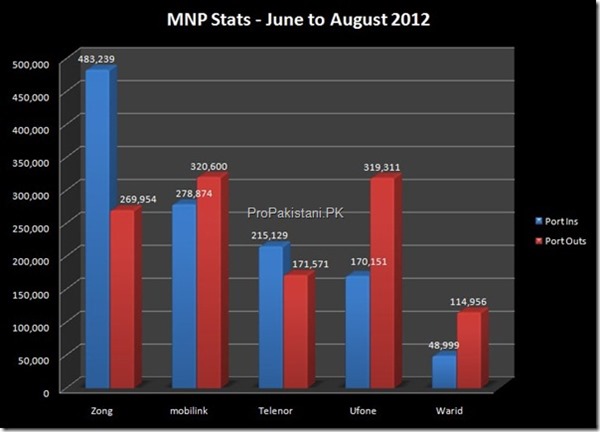 While being subscribed to a network, all users aim to strike a balance between voice call costs, mobile data costs, coverage and quality. Usually, when all or some of these factors run completely out of balance, users tend to switch their network.

As per the data shared by ProPakistani, Zong secured maximum number of ported mobile numbers from other four operators. Here’s what it says in a tabular form:

We now look, in light of a research published by Nokia Siemens Networks in their annual publication “Expanding Horizons”, what makes a subscriber loyal to a network operator. In extremely competitive markets like ours where major operators have to be off their seats to capture as much market share as possible, they have to be over smart with their tariffs, advertisements – and most importantly – quality of service.

But, from a subscriber’s vantage point, what matters the most? According to the research done by NSN in South and East Asian markets, call costs is the pivotal reason which drives a customer. Here’s how NSN depicted it: 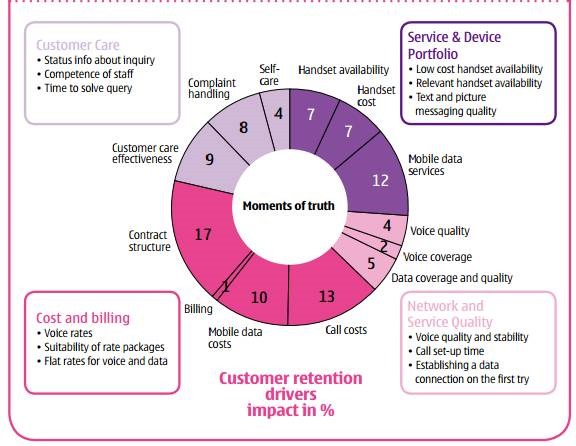 Interestingly, the churn rate is also indicative of how much people rely on opinions of others. Study reveals that people largely consider opinions of friends and family members while choosing a mobile operator. This becomes helpful as they are the ones to have maximum communication. This is from where operators were provoked to crazily introduce cheaper on-net calls and family/friends packages.

If one can recall, Mobilink started to apply extra charge by introducing data based charging on mobile internet services availed by prepaid customers. This not only drove people to go for a network with cheaper mobile internet services, but also contributed to an unexpected drop in GPRS resources over radio and non-radio links.

Study shows that operators do not really focus and address the churn rate. They are too complacent and content with their current customer bases and feel they will sustain the same number when markets gets more and more saturated.

Research added that of the total ported subscribers in emerging markets, 19% did it because of poor voice quality. But in the developed markets, churn rate due to mobile data services is higher.

Operators in Pakistan do rigorous benchmarking for voice and data quality standards with their nearest competitor and in light of it, develop strategies to combat the increasing customer saturation in the market.

With the advent of cheaper data devices, fancy applications and want of always being connected, users are craving for better data quality besides voice services. This has not only triggered a change in which operators market their services, but has also pushed them to upgrade their networks to meet increased demand for packet data.