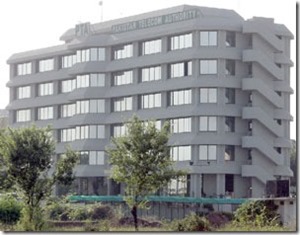 The Lahore High Court on Wednesday once again extended stay on International Clearing House and allowed the overseas Pakistanis to become a necessary party in the case.

The court issued the order on a petition moved by Saad Saleem on behalf of Pakistanis expatriates and contended that they were financially overburdened after the levy of additional tax on the international calls made to Pakistan.

He also pleaded that the cancellation of the impugned tax be termed illegal.

The court adjourned the hearing of the case till November 30 and directed counsels of petitioners to come up with more arguments.

Court, however, didn’t order PTA to revoke its letter that details the minimum rates for international incoming calls, and hence international callers are still paying increased rates for making calls to Pakistan.

Initially, Brain Telecommunication had filed the main petition challenging the levy of the additional tax. The petitioner-company stated that the additional tax on the incoming international calls was a violation of the rules prescribed in section 4 of the Competition Commission Act which prohibited the price fixing and division of market through quotas.

The petitioner said the overseas Pakistanis had been facing immense difficulty and financial loss due to the ‘illegal’ additional tax. After the levy of the said tax since October 1, 2012 Pakistanis living abroad had been paying four times extra charges on a phone call made to the homeland.

The petitioner requested the court to term the impugned tax unlawful and restrain the PTA from collecting the same.