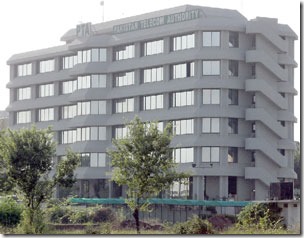 Government’s plan for brewing millions of dollars for LDI operators is seemingly going to be trashed as Lahore High Court issued immediate suspension orders for ICH (International Clearing House) on last working day before Eid holidays, we have confirmed with sources.

After the decision, international incoming call rates to Pakistan are likely to go back to pre-ICH time from today.

Lahore High Court issued the order while hearing a writ petition filed by Brain Telecommunication pleading to suspend ICH agreement due to its gross violation of competition rules. Petitioner nominated MoIT, PTA and CCP as respondents to the case.

According to interim order issued by Lahore High Court, a copy of which is available with ProPakistani, the operations of policy directive dated August 13, 2012 issued by Ministry of Information Technology and ICH agreement dated August 30th, 2012 was suspended till next hearing that is scheduled for November 5th, 2012. Respondents were asked to submit their written responses before next hearing.

With implementation of ICH, the international incoming call rates to Pakistan had gone up by 300% to 800% due to increase in ASR, APC and LDI’s share per minute.

It merits mentioning here that Competition Commission of Pakistan had issued a counter policy directive terming MoIT’s directive anti-competitive and a potential case of monopoly formulation. CCP had asked MoIT to withdraw its directive dated August 13th, 2012 concerning ICH, but MoIT didn’t act on it.

CCP, restrained by the mandate, could not restrict MoIT (a government body) from implementing ICH directive, but it loudly opposed the ICH formation by pointing out all the flaws in ICH that could lead to anti-competitive practices and violation of competition laws of Pakistan.

Due to this legal restraint, a petition was imminent from someone, for which Brain Telecommunication took the lead here. True fate of ICH will get clearer as the case proceeds, next hearing for which is on Nov 5th, 2012.

It must be made clear that unlike claimed by PTA and the Government, no money out of these increased international incoming rates were going into national exchequer directly. All the money from incoming international traffic (except APC and ASR) was destined to go into LDI’s pockets while PTCL was one of the top ICH beneficiaries. Estimates suggest that PTCL would make additional USD 300 million dollars or around per year in post-ICH era through increased call rates.