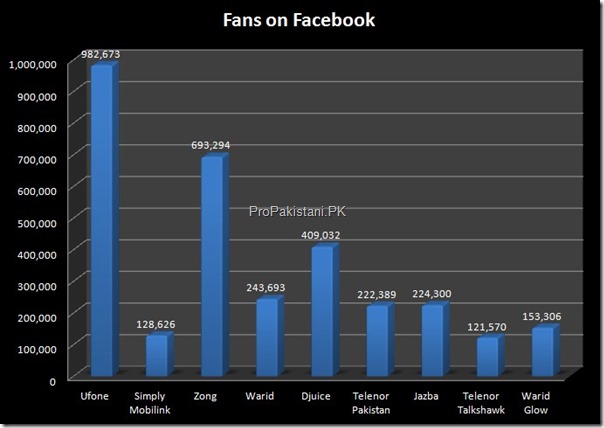 Ufone, since the early days, has always retained the top slot on Facebook for highest number of Fans and engagement from telecom industry.

Ufone’s interaction ratios have roughly been three times the percentage engagement of other competitor brands, including Zong, Telenor, Djuice, Warid and Mobilink. 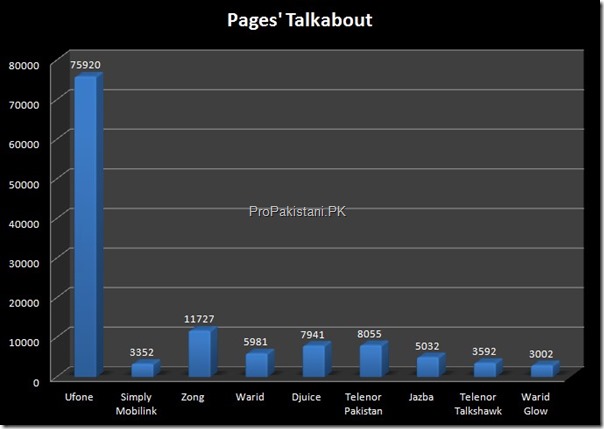 With a major chunk of customers not using social media, garnering over 950K+ fans on Facebook is no less than a milestone for any company.

Ufone, nearing 1 million Fans on Facebook, beat rivals on social media despite cutthroat competition that’s pushing telecoms to their wits’ ends, all thanks to a carefully crafted strategy that understood and subsequently translated the thoughts and personality traits of its target market into engaging posts and photos.

It appears that Ufone will be celebrating New Year with over a million fans on Facebook – a first in Pakistan’s cutthroat telecom industry.