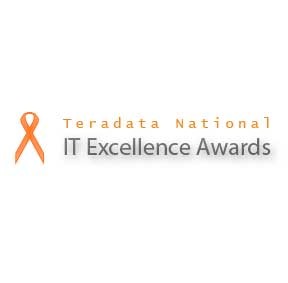 Teradata has announced that nominations for the 11th Teradata National IT Excellence Awards are being accepted until January 1st , 2013. Nominations will be received for the period January 2011- December 2011.

The awards program, sponsored by Teradata, was designed to acknowledge outstanding achievements by individuals in Pakistan’s information technology (IT) community. Winners will be recognized at a gala event to be held in March 2013 at Islamabad.

“We look forward to recognizing those individuals that have had the greatest impact on the Pakistan IT community – we are looking for the best-of- the-best,” said Khuram Rahat, Managing Director, Teradata Pakistan. “The program, which recognizes professionals in the IT industry, has grown ever since we launched it in 1997, as part of Pakistan’s Golden Jubilee.”

To maintain neutrality and transparency in the nomination and evaluation process, Teradata has engaged KPMG Taseer Hadi & Co. as an independent auditor to receive and compile nominations received through the web site www.teradata-awards.com. The firm will also work with the judges who are selected based on their expertise and leadership in education, IT, and related fields.

“Teradata is committed to the Pakistan market and we are excited about the addition of new customers,” said Christopher Armitage, area vice president, Teradata. “We are optimistic about the future and finding new ways to bring innovative data warehousing and analytic data solutions to our customers.”

On behalf of the Teradata National IT Excellence Award program, KPMG Taseer Hadi & Co is accepting nominations in the following categories:

8.Excellence as an  I.T Student

9.Excellence in I.T Research and Development