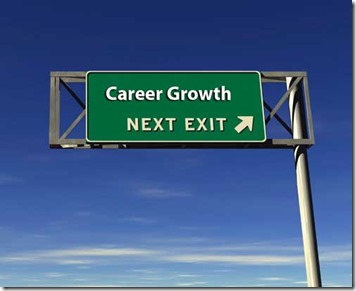 Career progression in Pakistan’s telecoms is a difficult feat to achieve, a train too fast to catch. During the previous government when telecom industry saw its boom, this career progression played an active and attractive role in telecom operators. In lesser number of years engineers jumped up the ranks — now thought to be a staircase many years longer.

Mobile operators have chalked-out career paths, a defined hierarchy. Usually the experience slabs are 0-2 years, 2-5 years, 5+ years. Anyone with 5+ years of experience is eligible to be promoted to a Team Lead position. In practice, however, this is rarely seen. Since the time telecom industry in Pakistan saturated, career progression took a lukewarm pace. If you were a service level engineer 4 years back, it’s very much likely you hold the same position to date if you are in the same firm.

This has led to an increasing trend of inter-departmental switching — something quite common in multi-national telecom firms. In Pakistan, however, it’s only a recent beginning that such switching is welcomed. Till few years back it was seen as a typical wrong doing and as an act much discouraged and rebuked.

Often the line manager of an employee’s current department never agreed to release a resource and thus his/her hiring into another department was usually prevented.

There can be various reasons for an employee’s move to another department within the company. They range from dissatisfaction with the manager to salary scale, nature of work or, simply, lack of interest in the current premise of work.

For example, it is seen in telecom operators and sub-contractors that field engineers are rarely considered for trainings and promotions and thus their learning curve stays stagnant — much limited to the hardware they install and wires they draw. Similarly, drive test engineers are denied a peek into the overall radio scheme of the network and they stay confined to their specific role.

Since the high flux of engineers undertaking MBA programs, many inter-departmental switching cases, globally and locally, have been seen leading from technical division to Finance.

Telenor Pakistan introduced a new career path called “Alternative Career Path” – a department where individuals from other departments can apply and boost their career growth. Those stuck in their technical roles for a miserably long number of years are encouraged to apply, and are often recommended by their line managers. An excellent initiative!

This fact is much to do with the fact that higher management, mainly the CEOs, often come with background of strong finances in preceding years.

Faculty of Engineering, University of Southern Queensland conducted a survey and later published it in the Journal of Achievements, which showed that the CEOs – be it of any company – rarely spent time in technical avenues of their firms.

Here are the complete findings:

Another interesting analysis is done by the researchers showing as to how and why the CEOs of today pursued management: 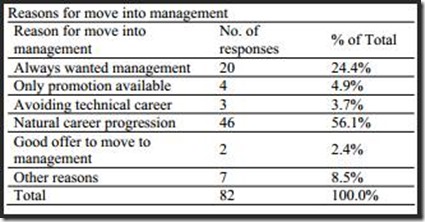 For firms which have strong HR, a natural progressive path is adopted by the employee, but for many organizations, certainly all in our country, managerial positions are sought as comfortable, rewarding and powerful. So for such individuals and such companies an inter-departmental switching becomes inevitable.