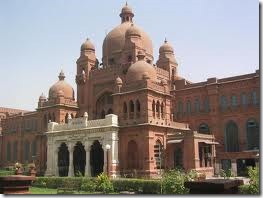 Pakistan Telecommunication Authority, through its counsel, has told Lahore High Court that it has withdrawn its directives for establishment of International Clearing House (ICH).

This was stated during ICH case hearing today, in which PTA contented that it issued a letter to nullify its earlier directive for formation of ICH.

Petitioner, on other hands, observed that nullifying its directive by PTA isn’t enough and its MoIT that should take back its policy directive (Dated August 13th, 2012) under which ICH was formed.

It maybe recalled that PTA had issued a letter, addressing all LDIs yesterday, which said to consider authority’s earlier directive for formation ICH as withdrawn.

Despite withdrawal of PTA’s letter, and suspension of ICH, international callers are still paying high charges for making calls to Pakistan. Experts say that PTA will have to withdraw its another recent letter that settled lowest cap on international incoming calls.

The court adjourned the hearing of the case till December 13th, 2012.

Brain Telecommunication had filed the main petition challenging the levy of the additional tax on International Incoming calls. The petitioner-company stated that the additional tax on the incoming international calls was a violation of the rules prescribed in section 4 of the Competition Commission Act which prohibited the price fixing and division of market through quotas.

Later on, a petition moved by Saad Saleem on behalf of Pakistanis expatriates was also made party of the case that had contended that they were financially overburdened after the levy of additional tax on the international calls made to Pakistan.

This story is likely to get updated with more details soon.