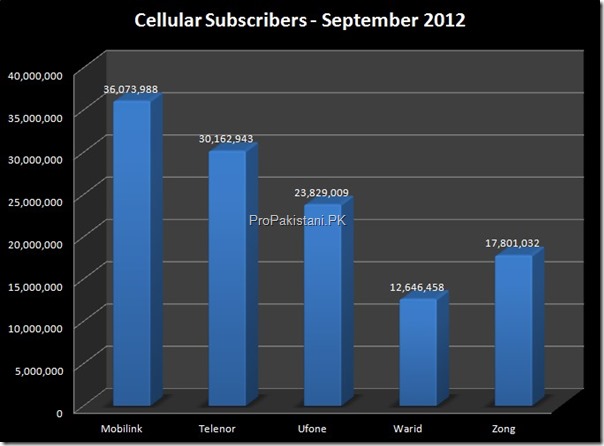 Mobilink still tops the market with 36,073,988 subscribers while Warid has gone further down to 12,646,458 to settle at fifth and last position in the market.

Telenor, during July-September 2012, crossed 30 million subscribers’ mark with 30,162,943 subscriptions at the end of September 2012, while Zong remained top seller to attain most subscribers during the reported period. Zong had 17,801,032 subscribers to remain at fourth position.

Cellular companies are saying that they lost customers during the (July-Sep) quarter due to data clean-up, during which Warid had to wash-out over a quarter million subscribers. Experts opine that data clean-up during recent months may bring the subscribers’ numbers further down during on-going quarter.

There’s more in below graphs, showing the exact subscribers’ situation for all operators: 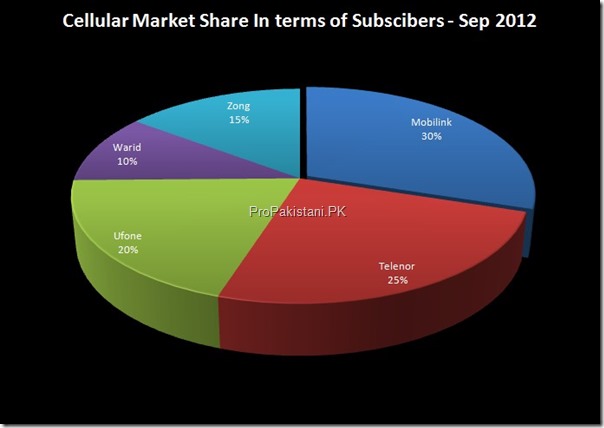 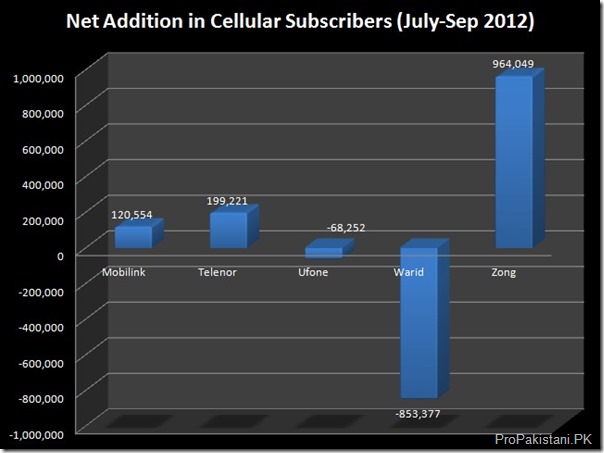