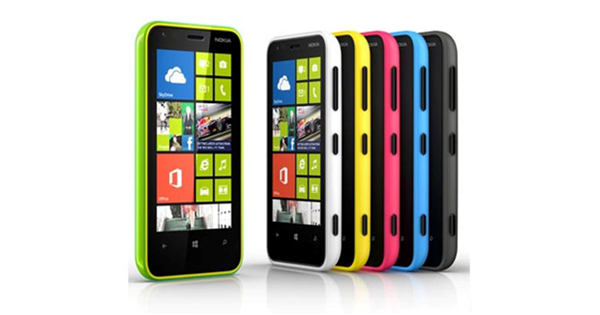 In line of Lumia series, Nokia has now added a new member dubbed as Lumia 620.

The Lumia 620 will sport a 3.8 inch screen with a ClearBlack WVGA display running on the latest edition of the Microsoft mobile platform. Nokia has given this device two Krait CPU cores clocked at 1GHz dual-core Snapdragon S4 processor with 512MB of RAM and 8GB internal storage that could be expandable via microSD card up to 64GB.

On camera front, Lumia 620 boasts a 5-megapixel rear camera with LED flash at back and a VGA front camera for video chats. In depth, video recording maxes out at [email protected] Like its sibling devices, Lumia 820 and 920, the 620 comes with Nokia’s own camera features (such as City Lens, an augmented-reality layer) and Cinema graph, Maps and Music apps.

Like the previous WP8 flagships of Nokia, this device carries the exclusive Nokia Drive app for free lifetime voice-guided navigation and offline access along with the Nokia Music no log-in streaming service.

To add a more youthful appeal to existing Windows phone 8 range, Nokia is betting big on Nokia Lumia 620’s “dual-shot” color technique, which adds a second layer of colored, transparent or translucent polycarbonate on top of a base layer to produce secondary color blends and depth effects. Like, yellow and cyan are combined to produce a lime green color.

Connectivity options include Wi-Fi a/b/g/n, GPS, 2G and 3G with NFC and HSDPA support without LTE.

As Nokia Lumia 620 is a Windows Phone 8 device it will have Live Tiles for updates direct to the Start Screen, PeopleHub and a Me Tile along with other Windows Phone 8 functions.

This new smart phone will be released in the Asia-Pacific region, the Middle East and Africa from January 2013, followed closely by Canada and Europe. Further, Nokia claimed that it is the inexpensive device of Lumia range yet that will cost around 249$ or PKR 24,000.