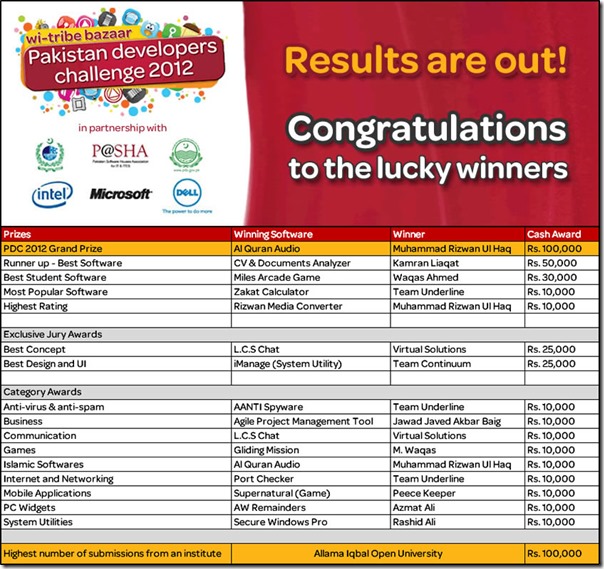 Without mentioning the total number of submissions, wi-tribe has said that Grand Prize of Rs. 100,000 has been awarded to Muhammad Rizwan ul Haq for winning the competition for his app named as “Quran Reciter”, while Allama Iqbal Open University was awarded with Rs. 100,000 for submitting most number of entries.

Launched in April 2012 on wi-tribe Bazaar, PDC 2012 is claimed as the largest application development platform in Pakistan, providing opportunities to anyone with a passion for app development, be it students, graduates, aspiring developers or professionals.

wi-tribe Bazaar is Pakistan’s first Buy and Sell software portal that further strengthens wi-tribe’s promise to remain an industry leader that is constantly looking for innovative opportunities to bridge the gap between technology and consumers.

Following is the list of all winners of PDC 2012 contest: