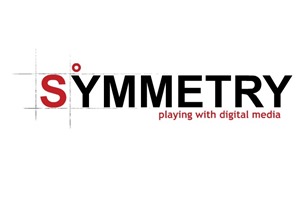 Symmetry Digital, a digital agency out of Karachi, has won the South Asia Digital Agency of the Year Award by beating most recognized global names at Campaign Asia-Pacific South Asia AOY Awards 2012.

Additionally, Symmetry Digital also won the Gold award in the category of “Pakistan Digital Agency of the Year 2012”.

Other digital agencies of Symmetry group, that are, Creative Jin and Iris Digital also won the Silver and Bronze award for the category of “Pakistan Digital Agency of the Year 2012”.

19 year old he Agency of the Year competition rewards companies and individuals that have not only contributed to raising industry standards but have also excelled in business performance. It is the only agency performance awards in the region with results tabulated by PricewaterhouseCoopers for the last nine years.

“Glory is not in fancy labels but in the work you produce. I am deeply touched and honored by the recognition we received at the Agency of the Year Awards 2012. However this is not the end but will be a beginning to a new era of improved and enhanced products and services.

I hail my team for its remarkable and endless efforts that have earned us this prestigious moment. I would also like to thank our customers and partners as without their support this achievement would not have been possible. This is not a victory of Symmetry Group but a victory for the whole industry!”

Mr. Adil Ahmed – Director, Symmetry Group, while commenting on the achievement said that his group’s vision has always been to grow the digital media industry in Pakistan by constantly investing in innovations, technology, new initiatives & producing quality human resources. “These awards are the recognition of group’s promise to the industry”, concluded Mr. Adil.