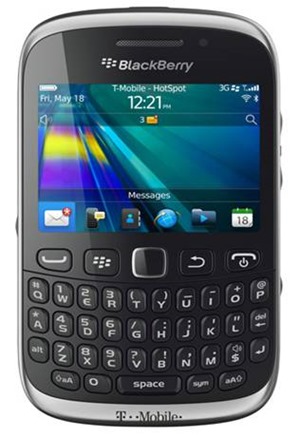 Only a week before the official launch of the BlackBerry 10, Research In Motion (RIM) has introduced a smart phone called BlackBerry Curve 9315.

Running on 7.1 Operating System, this device features a modest 2.44 inches display with 320 x 420 pixels QVGA resolution and of course with a full QWERTY keyboard. It is embedded with 512 MB of RAM with microSD card slot for up to 32GB of external storage.

On camera front, it will feature a 3.2 MP camera with LED flash and digital zoom as well as video recording capabilities.

The Curve 9315 has the Connectivity options of 11b/g/n Wi-Fi and 3G supports with Bluetooth 2.1+EDR, as well as a built-in FM radio.

However, the phone itself does not carry anything new but due to its foreseen lowers price tags and its classic looks, the BlackBerry Curve 9315 would attract the entry-level crowd.

So far, there is no information on its worldwide availability and price but it is expected that this device will arrive in Asia pacific region by mid 2013. Other than this device RIM is expected to launch BlackBerry 10 (OS) with newer devices later this month on January 30.

Here are some technical specifications for this device: