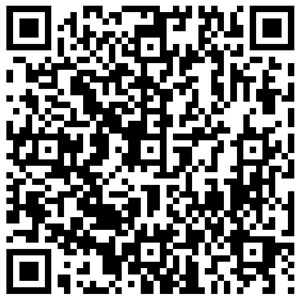 Back in 2008 when Apple first released the ‘App Store’ as a 3rd party platform for developers, Steve Jobs reasoned the move was meant to help Apple “sell more iPhones (sic)”. These words were to prove prophetic as Apple went on to sell as many units in the next 3 months as they had sold in the past 1 year.

But Jobs had not made this prediction in a vacuum. Facebook had already opened up its web platform to 3rd party developers a year ago and had seen its user base almost triple in the next 7 months.

This so-called ‘eco-systemization’ of products has since been adopted by Google, Microsoft, Samsung, RIM, Amazon and a host of others. I sense there’s a lucrative opportunity for the development of such ecosystems locally in Pakistan as well, and below I will lay down the blueprint of how to set them up.

What is an app ecosystem:

App ecosystems strategically support core products via nurturing development communities around them and providing users a long tail of content and services to enjoy and utilize (hence the word ‘ecosystem’). Success stories ensure that all stakeholders win:

How effective are app ecosystems as a revenue stream? Here’s an example: according to Google’s own reporting, their app store adds roughly $1.20 in ARPU for each user of their storefront. In other words, app stores with base-level quality content – even when low on the monetization ladder as ad-driven Google Play is – drive a substantial ARPU addition for their parent companies.

An app ecosystem localized for Pakistan:

It remains to be seen whether 2013 is the year Pakistan finally registers a seismic increase in year-over-year smartphone growth, or whether the democratization of this platform will get pushed to 2014-2015. Either way, whoever moves in to develop an ecosystem of localized consumer apps in Pakistan will lead the next 5 years of the mobile landscape here.

Where smartphones and high end feature phones would generate high ARPU within such an app ecosystem, understand that low end feature phones need not be excluded from the ecosystem. We can use the “Cloud” to effectively bring computing power to every Pakistani mobile subscriber, and in this way the LTV of low end mobile subscribers can be bumped up as well. Thus the business case for a Pakistani app ecosystem is very compelling.

The fundamentals are in place:

Relevant fundamentals for developing such an ecosystem are already in place, including:

We have seen some half-baked attempts of Pakistani telecom companies in developing local app ecosystems.

The root cause of such endeavours not working out has been a lack of thought leadership on the subject and thin understanding of the stark difference between an ecosystem and simple VAS.

It also goes without saying that such an ecosystem, if nurtured the right way, will ultimately become a channel for much more than just entertainment content and services. It will raise the standard of living of the average Pakistani in a multitude of ways.

Does a low rate of data subscription hurt the business case for such an ecosystem? Not really, because milking expensive data plans is not the outright revenue model here. The revenue model, instead, is two pronged:

A third possible revenue stream, i.e. taking a cut from 3rd party developers’ earnings, will be akin to killing the golden goose. So don’t even think about it. We are living in a world where Facebook, Apple and Google have already cemented their position as premier app platforms. The 30%-70% cut they enforce on developers is a blessing of their first mover advantage. No developer would ever develop for a new app store unless they were promised a significantly improved cut. I recommend to keep this between 0% and 5%, anything greater severely dampens the economic incentive for 3rd party developers.

Understand that an app store is much more than a value added service. Given a local app ecosystem would essentially need to be carved out of a space Google Play and Apple’s App Store already occupy, it would be critical to tether such an ecosystem to well defined policy guidelines. Such guidelines would need to be looked over by a dedicated ‘growth team’ with the sole prerogative to:

There is a right way to do an app ecosystem, and then there is a wrong way to do it. Failed attempts by Vodafone and Verizon are examples of what not to do, whereas Chinese and Korean app stores provide a blueprint of what it takes to get a successful ecosystem going. There are no free lunches and anyone thinking they can luck out into the next Angry Birds through thinly mentored raw talent with no funding support is clearly ignorant of the 47 games Rovio produced before they got it right with their hit title.

In short, the guidelines I have summarized above need to be incorporated into the DNA of any local ecosystem built from the ground up, otherwise it will not get going.

We have seen some half-baked attempts of Pakistani telecom companies in developing local app ecosystems, but there are no brownie points for failure. The root cause of such endeavours not working out has been a lack of thought leadership on the subject and thin understanding of the stark difference between an ecosystem and simple VAS. Strategically speaking, if done right such an ecosystem could drive brand differentiation, alternative revenue streams and a clear way out of the incessant price wars that have been going on since the better part of the last 3 years.

The writer is running White Rabbit Studios – a social game development startup – for last 3 years. He is a student of history and an expert at negotiating the numerous travails of tech entrepreneurship in Pakistan.