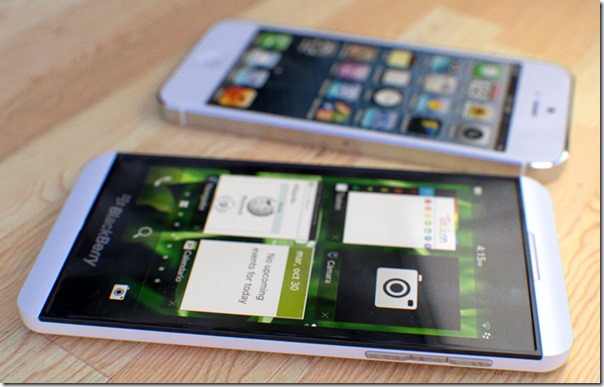 Its obviously the biggest moment in RIM’s BlackBerry’s history, so important, that they’ve even decided to change their name in its honour. By placing all their eggs in one basket, BlackBerry is now facing a now-or-never situation right now.

By offering a smartphone for the average users and one for its dedicated ones, it has definitely played a clever trick but the real question is how well do these Smartphones fare against the competition?

We will find out in a comparison table below:

As clear by the table, the two BlackBerry smartphone do some things better than their competitors but the bitter truth, however, is the fact that they don’t offer anything out-of-the-world right now.

For example, lets take Nokia Lumia 920 for instance which comes with the PureView camera technology or the iPhone 5 which comes with iOS (yes that’s an exclusive feature!… and a tall display). This might be a huge problem here but then again, its only a start (and a strong one too, we might add).

After ruling out all of the predictions (and highs and lows) though, you’ll have to conclude that its either a win or loss case for BlackBerry here. Only time will tell how well these shiny products will fare against the competition sales-wise.