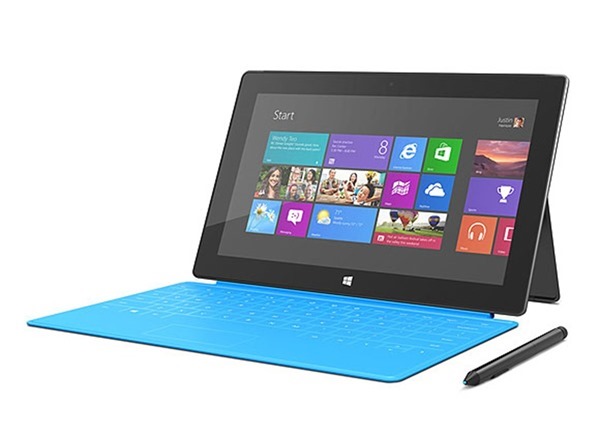 Microsoft’s Surface Pro tablet is selling like crazy. This comes as a bit of a surprise, so big a surprise that they’ve sold all of their stock within hours of putting it on sale.

This is especially surprizing after Microsoft’s first tablet, the Surface RT didn’t fared all that well. Moreover, the return rates of the tablet are crazily high and whether this condition will remain the same for the Surface Pro too? Only time will tell.

In case you’re thinking of buying a Surface Pro yourself (because Surface RT is decidedly unworthy of buying) here are 5 things you’ll need to know or you’ll end up reselling this tablet for a lot less.

Hot, Thick and Heavy Design with a Low “Usability Range”

Also the kickstand on the back makes the tablet tilt in only one angle (i.e. the same whether you’re working on your bed or on a couch) so you better be get used to it.

The Surface Pro comes with 64 GB and 128 GB versions but due to recovery partition and built-in-apps, you’ll only be getting 23 GB and 83 GBs of storage in both the versions. There is a memory card slot on-board too to cover up for your memory woes but you’ll have to buy it separately and quickly.

Being more of a tablet than an ultrabook, the Surface Pro won’t be able to play hardcore games like Modern Combat, Skyrim among others as well as any ultrabook. Also it will be really difficult or nearly impossible to upgrade this thing. Intel Core i5 sure will make this tablet run at a steady pace but this tablet wasn’t made to play anything more than just the solitaire.

The two touch-covers cost over $100 and the cheaper of the two is almost a gimmick with slow and inconsistent typing rates. The touchcovers also aren’t very comfortable especially when not used on a table. The stylus is quite amazing, I agree, but it is magnetically attached to the end of the tablet so it will get off very easily. Well at-least it comes for free along with the tablet.

Being a powerful tablet, the Surface Pro offers a good punch but unfortunately not a good battery life. 4 GB RAM and Intel Core i5 are obviously not power-efficient.

And thanks to this hardware, the tablet gets quite warm and hence fan needs to work constantly which makes a loud noise upon operation.

Being a tablet and ultrabook combo Microsoft has (unsuccessfully) tried to achieve the best of both worlds. At over Rs. 100,000, it can’t be called cheaper as well. With this price tag, you can easily buy an ultrabook, which will not only bring better usability but will also relieve you from the issues stated above.

If, however, you think you can live with these issues and pay the amount of money it takes to buy one of these, then I think this tablet will suit you well.