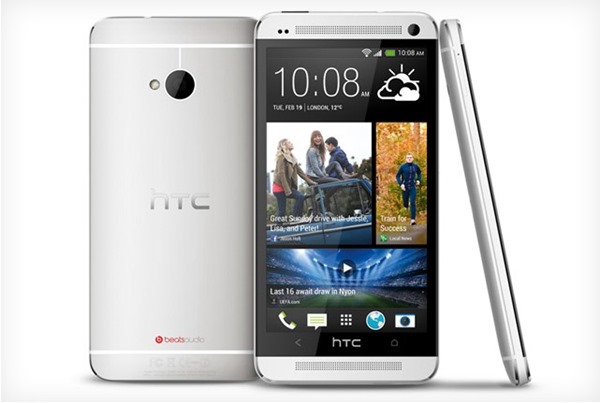 After teasing it for months, yesterday HTC finally revealed its newest flagship, called the One, HTC One. The flagship boasts a 4.7 inch Full HD 1080p display and a first-in-its-class ‘Ultrapixel camera’. It runs on Android 4.1.2 coupled with HTC’s new Sense 5 skin.

Just like last year, HTC has again beaten Samsung, its nemesis, by unveiling its flagship first. Here are the specs in detail:

The HTC One is made of aluminium and is a bit heavy by current standards at 143g. It is 9.3mm thick. As you might’ve imagined, its a unibody design. It will be available in Red, Black and Silver colour versions.

At the front is the big 4.7 inch display and at either sides of it are stereo speakers which are quite loud at 93db, thanks to HTC’s BoomSound technology.

Under the hood, the HTC One runs on a 1.7Ghz Quad-core Krait processor with Snapdragon 600 chipset along with 2GBs of RAM. The GPU is an Adreno 320 one. The storage tops at 32 or 64GB along with 25GB of Dropbox storage but there is no microSD card slot onboard so expanding memory is out of question.

The display of the HTC One is a 4.7 inches big Super LCD3 touchscreen. It is a Full HD 1080p unit with a resolution of 1080 x 1920 pixels which translates to a pixel density of 469 pixels per inch. It is protected by Gorilla Glass 2 plus HTC’s own ‘Infinity Glass’ which makes it even more resistant to scratches.

The phone runs on Android 4.1.2 Jelly Bean which although isn’t up to date, will surely bring a lot of features to the pack. It is coupled by HTC’s newest Sense 5 UI. In this latest version of Sense, HTC has tried to make the overall OS a bit less childish and more mature but obviously more functional.

The camera is easily one of the most exciting aspects of the HTC One. Instead of flowing along with the trend by announcing a high megapixel camera, HTC chose the other way round by showcasing a new ‘Ultrapixel’ camera. According to HTC, Ultrapixels are larger than the normal Smartphone pixels which improves image quality and allow more light to be taken inside. HDR and Optical Image Stabilisation are there too. Its a 4 megapixel unit and has an LED flash along with it.

A 2.1mp Full HD front facing camera is there too

The rest of the details

The battery is a 2300 mAh one and since the design is unibody, is non-removable. The connectivity package is complete Bluetooth 4.0, NFC (in some markets), microUSB 2.0, GPS, 4G LTE (I hear a lot of you sighing) and Wifi/ Wifi-Hotspot.

Speaking of 4G, the phone has a micro-sim card slot so regular, increasingly unpopular SIMs won’t work in this phone.

The phone will launch in March but no pricing details have been given yet. Of course, since its a flagship device, no one should expect it to come cheap or at least below Rs. 60,000.

With the HTC One, the Taiwanese brand is once again at the top of the table. With innovative features like an Ultrapixel camera and Infinity Glass, the company can finally watch the phone wind away from the competition for some time coming, or at least until the next Samsung flagship, the Galaxy S IV, or the next big thing is announced. As for now though, its HTC and Sony who are at the top of the ladder in the Android game.