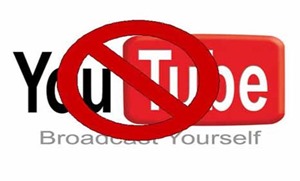 YouTube is likely to remain blocked in Pakistan for more time as recent talks between Pakistan Telecommunication Authority and Google for blockade of anti-Islamic content in Pakistan have failed, told us sources familiar with the matter.

Google, the parent company of YouTube, is reportedly not agreeing to block the access of anti-Islamic content in Pakistan and hence the government of Pakistan is going to maintain the permanent ban on the video sharing website in Pakistan.

Pakistan and several other governments had asked Google to remove the video from the website but Google has been denying the requests. Instead it blocked the access of blasphemous videos in various countries, including Egypt, Libya, Malaysia, Indonesia, Singapore and India, however, it didn’t block the videos in Pakistan in response to which government had to block the entire website through local ISPs.

It merits mentioning here that YouTube has this ability to block the access of certain videos in certain countries. It also has the technology to block all copies of a video (which are uploaded by different users) and all its replicas, which is otherwise not possible through URL filtering at local ISPs level.

Pakistan Telecommunication Authority has reportedly tried several times to convince Google for the blockade of anti-Islamic content in Pakistan, however, it is strange that Google is not agreeing to block such videos on the demand of Pakistani government, while it has done so in several other countries.