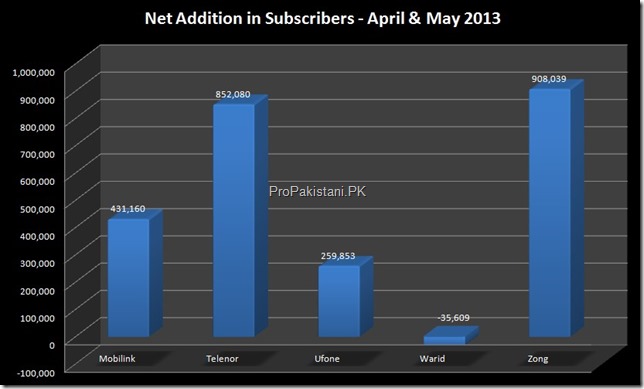 Pakistan has topped 125 million mobile phone users in the country till May 2013, said the latest stats issued by Pakistan Telecommunication Authority.

According to the PTA stats, Pakistan had 125,012,860 mobile phone users till the reported time, with the tele-density hitting all time high level of 70 percent.

Pakistan Telecommunication Authority said that 5 cellular companies added around 2.5 million subscribers during April and May 2013, despite the fact that mobile phone companies are not happy with new regulations and say that new sales are hard to earn.

Even after all the tight regulations and maximum of five SIMs allowed on one CNIC, Zong added 908,039 while Telenor added 852,080 customers during two reported months.

Warid had 12.50 million customers by the end of period.

Check more in below graphs: 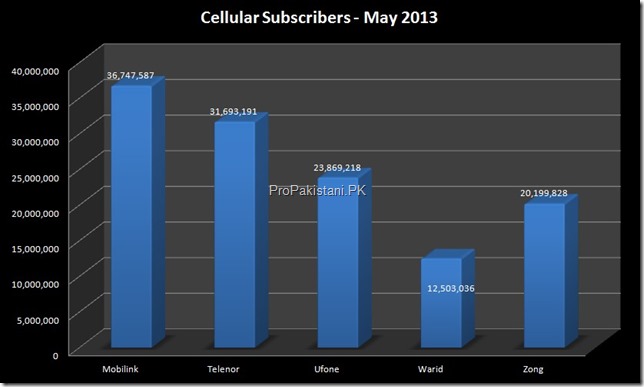