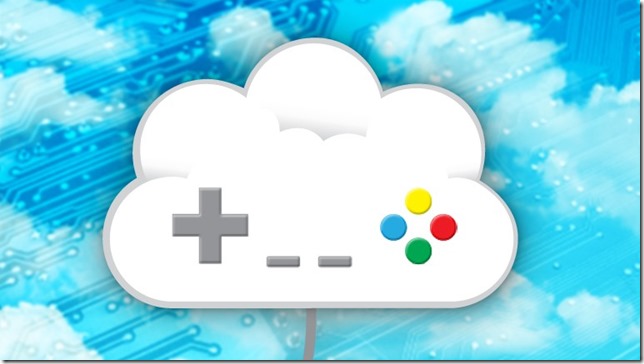 Cloud Gaming is a new trend in gaming world that is getting a lot of heat by gamers. Why is it so? Well – for those who don’t know – Cloud gaming allows you to play those high graphical console games on a system that has regular or low specs and has internet connection which should be fast enough to get fluent gameplay out of the games.

Cloud gaming is not only limited to your PC’s but its also available for TV, Mac, smartphones and tablets. Which means you can run Just Cause 2, Split/Second, Assassins Creed Revelations or Sleeping Dogs like games on your iPhone, iPad, TV, Mac, Android phone or tablet which is just amazing because Mac users don’t get to play games that are made for Windows and other devices as they are usually not capable of handling such graphic loads.

Cloud gaming doesn’t require heavy specs for your computer which means you don’t need to buy expensive computers instead your normal work computer would get the job done. You don’t need to download or install those heavy games, no more booting of game that takes forever to setup and customize; plus no more errors that we usually come across and the need for countless software in order to run the game is simply gone.

Besides you get to save a lot of memory on your hard disk. For TV’s you need to buy a mini console that is needed to be hooked up with your TV and internet in order to run games.

The gamers can play games by installing client program that can access to cloud servers. The game actually runs on a remote server that streams the game on your device, while all the data and computer processing is done in the cloud. It’s just like viewing a video.

For cloud gaming you need at least 2 MB internet connection but 5 MB is recommended and higher would give you higher results.

Cloud gaming was first introduced by OnLive in 2009 by running Crysis over the net. A server that’s miles away running a high graphics game on a low end pc is just amazing. OnLive, though, had trouble earning money from cloud gaming as the number of customers were low and their heavy servers weren’t being fully utilized. But they’ve managed to get on their feet back by selecting a new CEO. 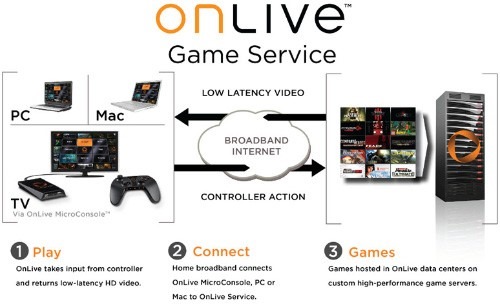 Cloud gaming phenomena is new, as mentioned above, and services are provided in just few countries plus hardcore gamers are not satisfied as the games get little scaled down to 720p which is good for a casual gamer but not for a hardcore gamer. But still a mobile processor playing a graphic-rich game is way better than playing angry birds on tablets and smartphones.

The idea of cloud gaming can surely takeover the console gaming if the games’ quality get better.