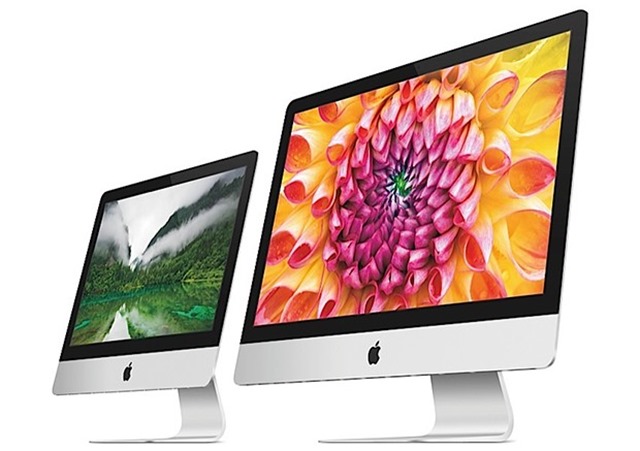 Apple has just updated the its current lineup of iMacs by adding more muscle under the hood. The new models come with better CPUs, GPUs and Wi-Fi. Pricing of the new iMacs starts at $1299 and goes all the way to $1999.

The new 21.5 inch model now comes with a 4th-generation 2.7Ghz quad-core Intel Core i5 Haswell processor (Turbo Boost speed of up to 3.2Ghz) along with Iris Pro GPU.

As for the 27 inch model, it will now come with a 4th-generation 3.2Ghz Intel Core i5 Haswell processor (with Turbo Boost speeds of up to 3.6Ghz) and Nvidia GeForce GT 750M graphics for the starting model which will cost $1799.

Also if you will, you can obtain a top-of-the-line model 27 inch model with a 3.4Ghz Intel Core i5 Haswell processor (with Turbo Boost speeds of up to 3.8Ghz) and Nvidia GeForce GTX 775M graphics with 4 GB video memory for $1999.

Both of the iMacs come with 8 GB of RAM and 1 TB of storage by default but those can be upgraded to 32 GB and 3 TB respectively. The latest update has also brought support for new PCIe-based flash storage which is 50% faster than before.

The new lineup of iMacs is available… from now.