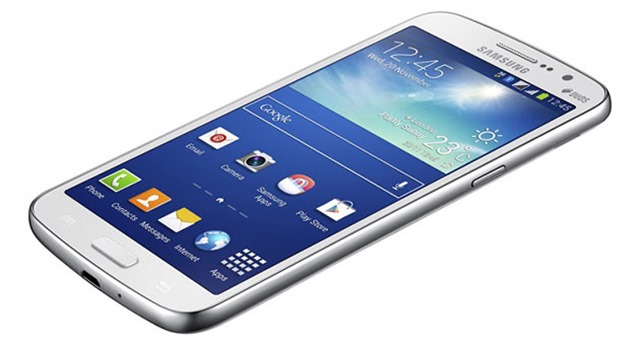 The Grand 2 builds upon its predecessor by offering a larger, higher-resolution display, faster internals and a new, leather-like finish. These features bring it closer to the Note 3.

On the front, you’ll get a 5.25 inch LCD display with 720p HD resolution and Gorilla Glass 2 protection. Another change people will notice is the new leather-like finishing on the phone, just like the Note 3 unlike the plastic of the first-generation Grand.

Just like first Grand, the Grand 2 will have a dual-sim version as well.

On the hardware side, the Grand 2 comes with a 1.2Ghz quad-core processor, 1.5 GB worth RAM and 8 GB internal storage, expandable by up to 64 GB via microSD card slot.

Around the back lies an 8 megapixel camera with Full HD video recording and LED Flash. A 1.9 megapixel front-facer can be found too.

The operating system running on the Grand 2 is Android v4.3 Jelly Bean, of course customized with Samsung’s own Touchwiz UI.

Here are the full specs of Samsung’s latest toy: