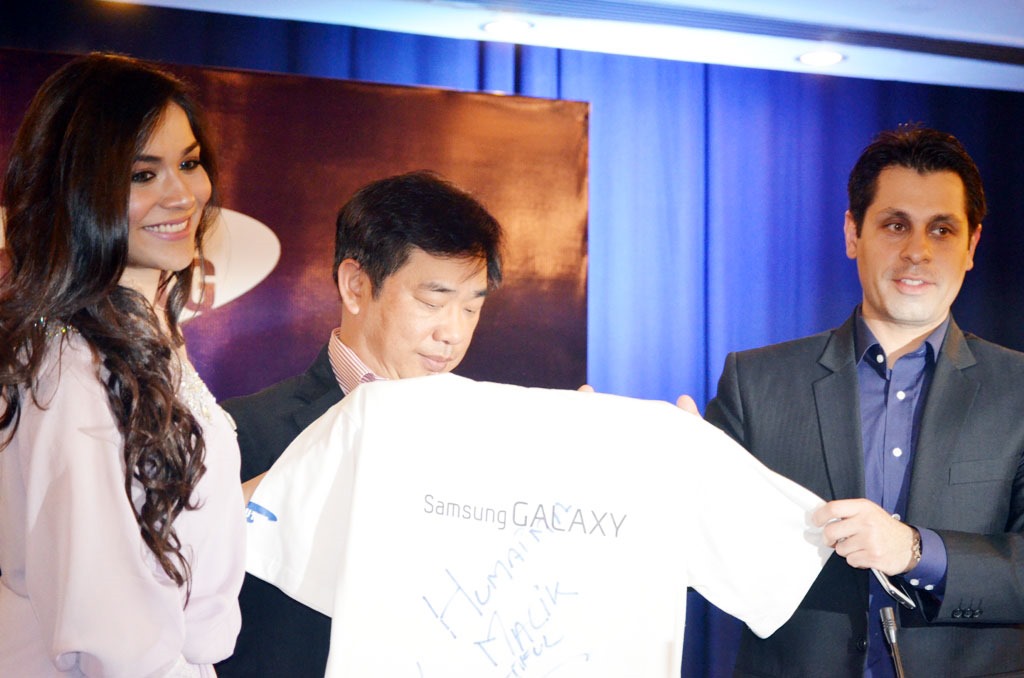 Samsung has launched its latest Galaxy “Grand” smartphone in Pakistan.

A launch ceremony was held at the Royal Palm Golf & Country Club, followed by an enjoyable movie show attended by a large number of celebrities from television, film and fashion industry of Pakistan. The guests at the launch event were also given opportunities to win fabulous prizes including Samsung Galaxy “Grand” smart-phones, through a lucky draw.

Farid Ullah Jan – Head of Mobile Phones division at Samsung EC Pakistan said; “Samsung, as a brand, is born out of a commitment to relentlessly pursue a better tomorrow with a revolutionary freedom of communication. We consistently seek a deep insight into our customers’ needs and preferences, to evolve and innovate, with an optimism that says “It’s all possible”. The Samsung Galaxy Grand stands for qualities like: innovation, change, fun, discovery, self expression and excellence in performance. We want to closely connect and interact with our customers through all touch points.

The Samsung Galaxy series has rapidly accomplished new heights of performance and popularity globally. This series of intelligent devices combines high performance with intuitive ease-of-use and a nature-inspired design.

With its cutting edge technology and design, the Galaxy series makes sharing, multi-tasking and interacting much easier, while the total worldwide shipments have exceeded 100 million units. The Samsung Galaxy Grand is an Android OS, v4.1.2 (Jelly Bean) Smartphone, with a Capacitive Touch-screen and an 8 MP camera. It offers the best features of Galaxy SIII and Galaxy Note II, in a more affordable device. It boasts a 5-inch screen for the larger screen fans who seem to love this device instantly.