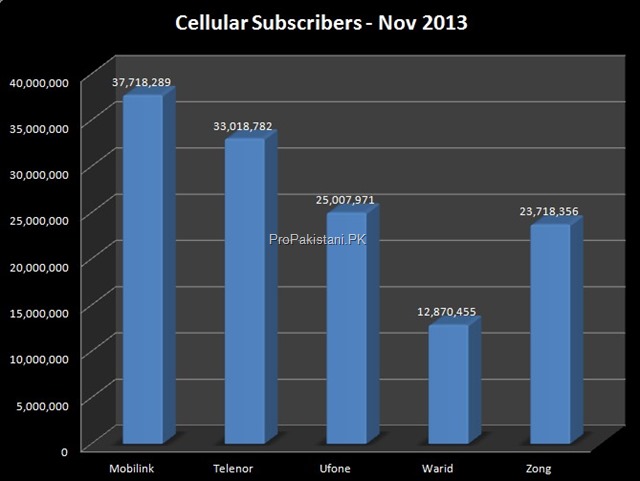 Cellular subscribers in Pakistan reached 132,333,853 at the end of November 2013, as per stats made available by Pakistan Telecommunication Authority.

Teledensity for cellular subscribers reached all time high at 73.5 percent.

Zong is fast catching up with Ufone with 23.72 million subscribers.

Warid managed to end the month with 12.87 million subscribers. 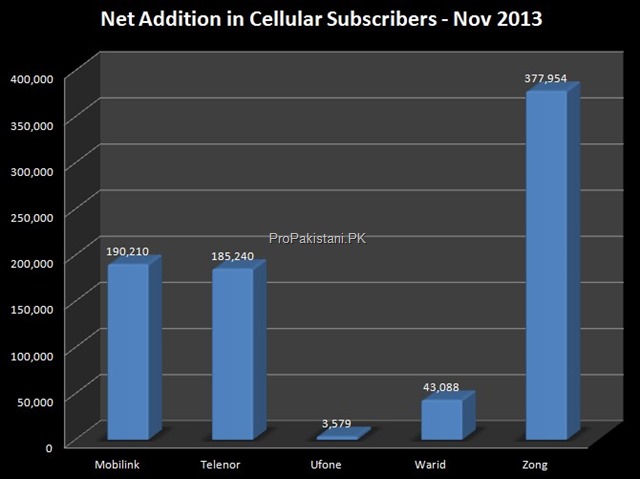 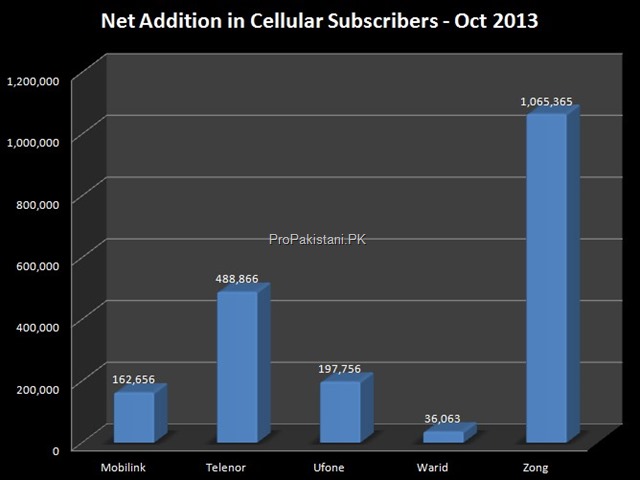 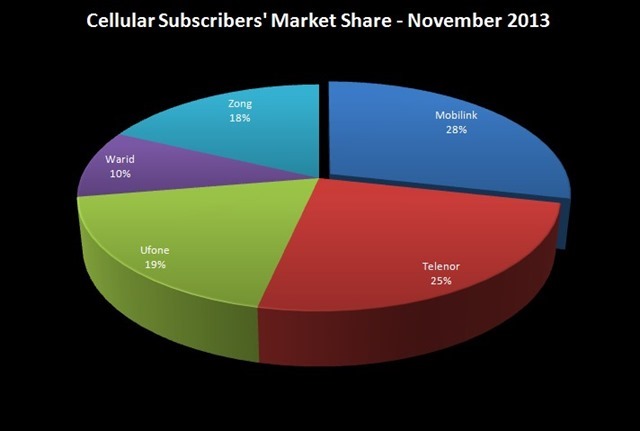