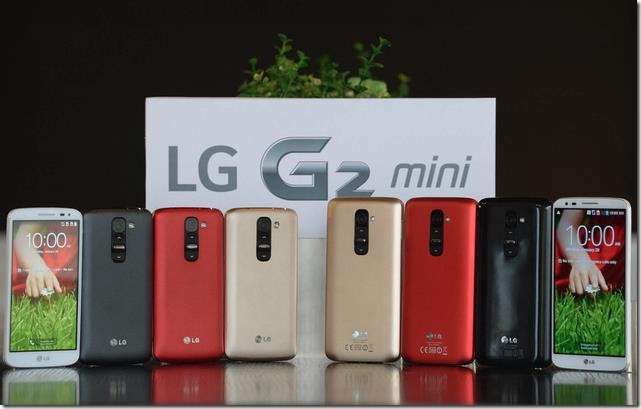 LG has announced the mini version of its G2 flagship, the G2 Mini. Don’t get fooled though, this isn’t a mini just by name only.

The specs are not even close in some instances to its older sibling. On the front, you get a 4.7 inch IPS LCD on the front, with qHD resolution.

Beneath, a 1.2Ghz quad-core Snapdragon 400 processor can be found, accompanies with 1 GB worth RAM and 8 GB expandable storage.

At the back lies an 8 megapixel camera which does 1080p videos too, coupled by a 1.3 mp HD camera at the front.

The OS running on the phone is Android 4.2.2 Jelly Bean, customized by LG. Here are the full specs of the phone:

The phone will be available starting from March for an unknown price tag. While it is sold as the smaller version of the G2, the mini is not really worthy of that title. Just like the Galaxy S4 Mini, it is a mid-range device with a name destined to sell millions.

Until now, then, only the Z1 Compact has excelled at doing that which raises the question that if it is possible for smaller makers like Sony, why not for worldwide leaders such as Samsung and LG?