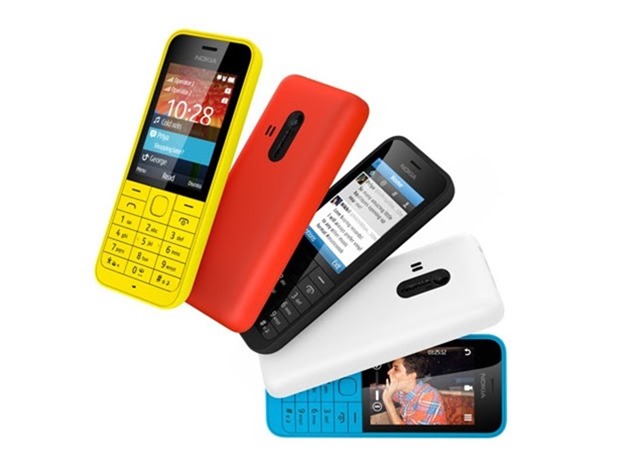 Apart from announcing its three Android-running phones, Nokia took time out to introduce two new phones the Nokia 220, which is the world’s cheapest internet-ready phone and the Asha 230, Nokia’s cheapest touchscreen phone.

The Nokia 220 is a “super-affordable” feature-phone which will be available in either single-sim or dual-sim versions. Nokia is marketing this device as the cheapest way to connect to the internet.

You’ll get a 2.4″ display, 2G connectivity, 2 megapixel rear-camera and a month worth standby.

To further spice things up, Nokia is also pre-loading apps such as Twitter and Facebook into the thing. Nokia’s Xpress Browser which cuts down on data to fasten up the 2G internet is also added, with Bing search integration coming along.

The design is classical Nokia too with an alphanumeric keyboard and a five-way navigation keys. The phone is available for 29 Euros, or 4,100 PKR. Priced competitively, Nokia is using this phone as a tool to bring more people to the internet. 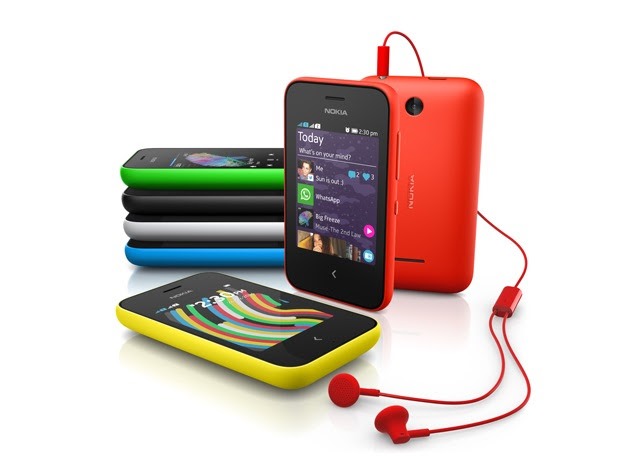 The Asha 230 is the cheapest touchscreen device Nokia currently makes. It comes with a 2.8″ display of QVGA resolution.

Just like the Asha 220, this phone will also come with a few services. You’ll get Whatsapp right out-of-the-box. You also get Fastlane (which is Nokia’s time-saving service for lower-end devices which displays your history, notifications etc.), double-tap to wake and Swype.

Nokia also announced that quite remarkably for a phone like this, it will get regular software updates. The latest round of upgrades will bring along Microsoft’s new OneDrive service (formerly SkyDrive).

The Asha 230 will also be available in either dual or single-sim configurations. The phone is available for 45 Euros, or 6,500 PKR.

Both of these phones will be available in a wide range of colours.