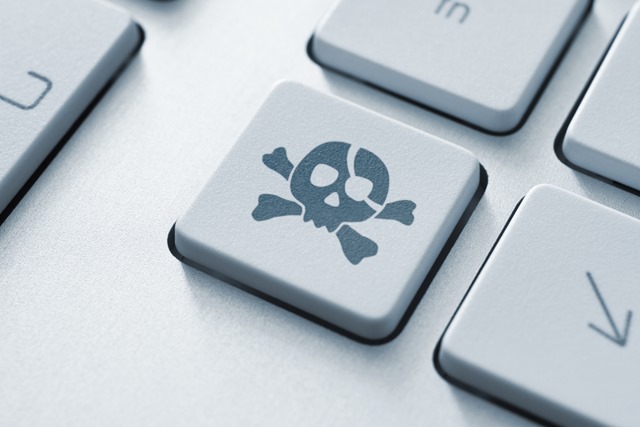 Enterprises worldwide are expected to spend nearly $500 billion in 2014 to deal with issues caused by malware deliberately loaded onto pirated software.

The statement was part of a joint study released in Pakistan by Microsoft during a media roundtable organized by the company as part of its “Play It Safe” campaign, which is a global initiative to create greater awareness of the connection between malware and piracy.

It is estimated that software piracy and malware crime costs global enterprises more than $315 billion annually.

The study titled “The Link Between Pirated Software and Cyber Security Breaches” is a joint study conducted by IDC and the National University of Singapore (NUS).

According to the study, global consumers are expected to spend $25 billion and waste 1.2 billion hours this year because of security threats and costly computer fixes stemming from malware on pirated software.

The study also revealed that 60 percent of consumers surveyed say their greatest fear from infected software is the loss of data, files or personal information, followed by unauthorized Internet transactions (51 percent) and hijacking of email, social networking and bank accounts (50 percent). However, 43 percent of those same respondents do not install security updates, leaving their computers open to attack by cybercriminals.

“Cyber criminals are profiting from any security lapse they can find, with financially devastating results for everyone,” said André Jahel, the Microsoft Digital Crimes Unit Lead for Pakistan. “Motivated by money, they’ve found new ways to break into computer networks so they can grab whatever they want; your identity, your passwords and your money. That’s why at the Microsoft Digital Crimes Unit, we’re focused on putting an end to these malicious acts to keep personal and financial data safe and secure, while reducing the financial incentive for criminals.”

Additional highlights from the survey showed that Nearly two-thirds of enterprise losses ($315 billion) will be at the hands of organized criminals while almost 20 percent of the pirated software in enterprises is installed by employees and twenty-eight percent of enterprise respondents reported security breaches causing network, computer or website outages occurring every few months or more; 65 percent of those outages involved malware on end-user computers.

The NUS forensics analysis of 203 new PCs loaded with pirated software found that a staggering 61 percent of the PCs were pre-infected with unsafe malware, including Trojans, worms, viruses, hack tools, rootkits and adware. These PCs, purchased through resellers and PC shops in 11 markets, included more than 100 discrete threats.

He added, “A lot has been planned, and with the 3G auction taking place in some time, it will give a big boost to our IT industry. Therefore, to educate consumers and business owners about how to avoid purchasing pirated software and the dangers linked to cyber security crimes is the need of the hour for the country. Microsoft is doing a great job by organizing such events and it is with their help, I am sure, we will eradicate software piracy and Cybercrime from Pakistan.”

The survey also showed that governments are most worried about the loss of business trade secrets or competitive information (59 percent), unauthorized access to confidential government information (55 percent), and the impact of cyber attacks on critical infrastructure (55 percent). It is estimated that governments could lose more than $50 billion to deal with the costs associated with malware on pirated software.

Whether an individual user, a small business, enterprise or even a government institution, all are encouraged to buy new computers from reputable sources to ensure they receive genuine software.

You can click HERE to learn more about malware and ensure their machines are not infected.

More information about the IDC study is available at the Microsoft Play It Safe website, http://www.play-it-safe.net, and the Digital Crimes Unit newsroom, http://www.microsoft.com/en-us/news/presskits/dcu/default.aspx.