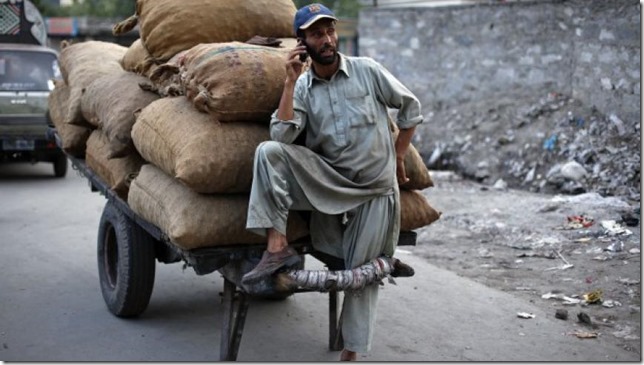 Despite having authoritative regulators like Pakistan Telecommunication Authority and Competition Commission of Pakistan, cellular companies continue to charge call setup charges of 10 paisas plus tax (or 12 paisas including taxes) for each and every call on every plan (base and bundled) for prepaid users.

This one of its kind charge was introduced during last week of December but Pakistan Telecommunication Authority had soon directed telecom companies to stop deducting these charges without causing any discomfort to the mobile phone subscribers.

However, cellular companies have not complied with the decision yet. Reportedly, they are not in any mood of doing so in future too.

Earlier on, we were told that cellular companies were trying to explain PTA about the increased operating expense and were somewhat justifying the call setup charges. PTA then (during January) told us that negotiations are under way and there might be some outcome – in favour of consumers — with-in weeks.

Later on, ProPakistani learned that cellular companies simply trashed the directive by saying that PTA can’t regulate prices. Though we are yet to receive any official confirmation on this stance by cellular companies, however, sources have double-confirmed us the helplessness of Pakistan Telecommunication Authority.

Competition Commission of Pakistan, a body that thrives to keep the market without any cartelization, is quieter than ever on this.

Not to forget, they (CCP) issued a show-cause notice to cellular companies on imposition of service charges after more than two years of the actual incident. Hence there is a little hope that consumers have from CCP as well.