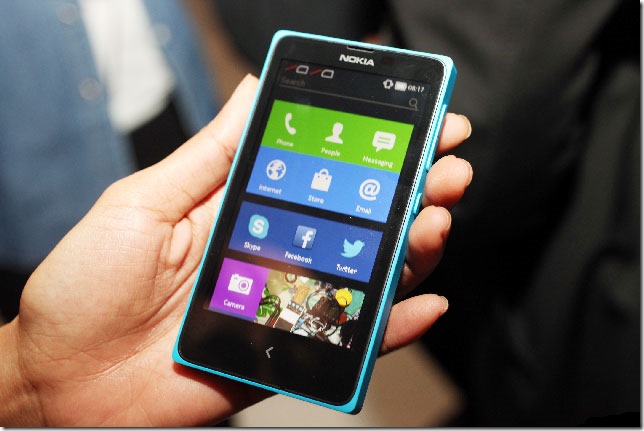 This is third part of serial posts on Nokia X. Previous posts can be found here:

As you most-probably know, I have been given the task of living with the new Nokia X for 2 weeks, and using it as my primary phone. So far, the experience has been quite good and if you have been reading all the posts of this series, you would’ve already guessed by now that I actually quite like it.

But obviously, nothing is perfect. Not even a Nokia phone running on Android. There were quite a lot of issues here which I haven’t experienced on most other devices. Until now, I couldn’t but after a week of use, I can write a lot of such things out.

The biggest problem is the software, its optimization and performance issues.

Twitter is a nightmare to use. It comes pre-installed and is one of the first apps I used on the X but the impressions were far from good. I’ve written about the keyboard before and the way it performs, but even replacing it with SwiftKey didn’t help with Twitter to run smoothly.

Wi-Fi signals were unnecessarily weak. My bedroom is quite away from my router so it is understandably difficult for signals to get through but my other devices never lose signals due to the distance in between. The X did that as frequently as to be a headache.

The battery life was unimpressive. Phones of such category generally have longer-than-average battery lives but the X almost never goes a day without charge. It is also inconsistent. It plunges from near-full to around halfway in minutes.

I am a huge fan of the music player. Its 3D effect can be prodded with the voice quality, which was perfectly OK, even with the bundled earphones. But the equalizer is prone to shutdowns at will and it really leaves a bad taste in your mouth. Tap-to-wake, too, has rarely worked, but it worked kind of better with the Glance screen on.

Lastly the display, which is really erratic. It regularly registers swipes as click and is just not fast enough. It sure looks good, esp. when you consider the price bracket, but the touchscreen experience is all about sensitivity which it unfortunately lacks.

I understand, a lot of these issues may have been exclusive to our unit, but again, someone else would’ve to experience them if they had this particular phone.

I have to say that I enjoyed it too, and its menus certainly brought a breath of fresh air along, since I was quite tired of swiping tons of icons in grids regularly. But we are missing something.

For other companies, like say, Samsung, LG and Sony, Android is synonymous with smartphones. Not for Nokia. This company only started making these phones just months ago.

Take Samsung’s first Android phones, for example. Nobody remembers them because, as you would expect, they were pathetic. Of course, the OS has matured too and Nokia’s first try is a lot better than Samsung’s first try but you just can’t assail any of the two efforts. It is only via baby steps that companies move forward and for Nokia to make mistakes at this stage is only natural.

But I still haven’t quite made up my mind that, if given the chance, will I buy this phone for myself or not.

If you have any questions or comments related to the Nokia X, don’t forget to share them in the comments section!