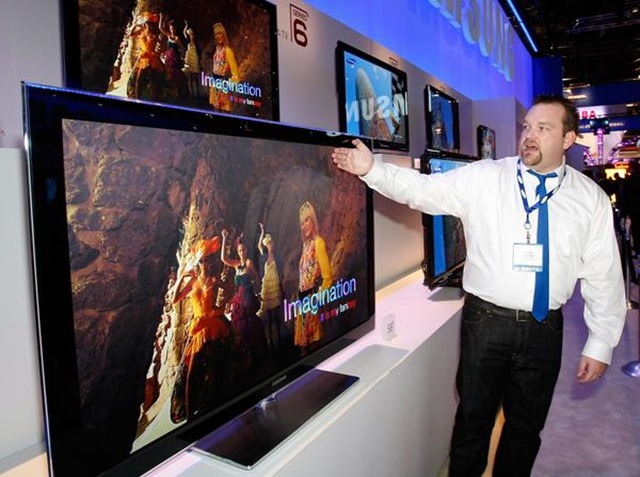 Following suite of multiple other vendors, Samsung has announced that by the end of 2014 (30th of November in fact), it will cease the production of its plasma TVs.

The announcement comes as a no surprise, as big names such as Sony, Hitachi and Panasonic had already called it quits earlier.

The company will instead focus on curved LED TVs and UHD (ultra high-definition, 4K) TVs. It blames plunging demand for the outcome.

Plasma TVs are often applauded by connoisseurs for their superior image quality and higher frame rates, though, they seem to have fallen back in recent times with the arrival of more-efficient LEDs/LCDs, which not only use lesser electricity, but are also notably thinner.

Lastly (and most importantly), they’re also more expensive. In the battle between image quality and price, consumers have for long voted for their money. But thanks to advancements in recent times, the difference may not sound as radical as you might expect, further deteriorating the case for plasmas. The transition of 4K in plasma TVs was probably not as smooth as companies would’ve liked.

Samsung’s last notable specimen came in 2013 in its PNF8500, a 64″ 1080p TV which cost $4,400. That leaves LG as the only manufacturer still using this tech. It has been hinting at an exit lately but we don’t know for sure when that will happen. Being the last major player in the market, it can probably go on for years now.

But truth be told, the entire industry has been working hard to phase out plasma TVs for long. In the future, if you’ll ever want to get your hands on one, finding one new might get tricky.