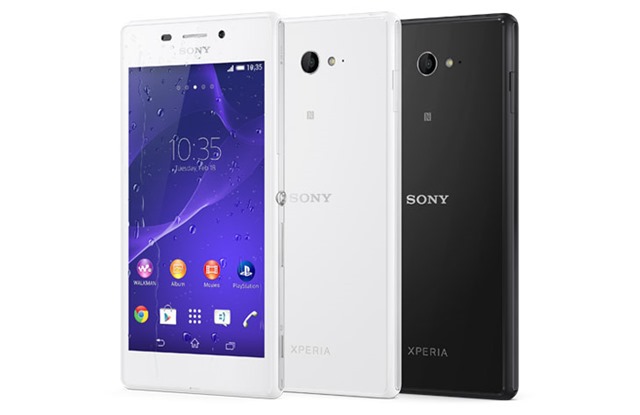 Sony has been paying a lot of attention to the budget category and its new addition is the Xperia M2 Aqua, a sub-standard phone with water-proofing as standard in a price bracket where it is unheard of.

The screen is a large, 4.8″ panel with qHD resolution. This results in an unflattering 230 ppi, which will be just usable. Above the display is a 1.1 megapixel camera for your self-snaps, while the body itself is IP68-certified, a step above the usual IP58 certification, meaning that Xperia M2 Aqua is dustproof and can remain underwater for even longer periods.

Under the hood, you’ll get a 1.2Ghz Cortex-A7 CPU with Snapdragon 400 chipset and Adreno 305 GPU, standard specs in the market where it belongs. Accompanying it on Xperia M2 Aqua is 1 GB worth RAM and 8 GB internal storage, which is expandable.

At the back is an 8 megapixel shooter with an LED Flash and Exmor RS sensor. The camera is also capable of shooting 1080p video at 30fps with HDR, a handsome offering for a mid-range phone, apart from offering some software tricks to smoothen up your photos even more.

For connectivity, you get NFC, 4G LTE, Wi-Fi and Bluetooth 4.0 LE. There’s a 2,300 mAh battery to power the phone, which will be available in two colours: White and Black.

Pricing details remain unknown, though, the phone itself will hit the markets this fall season. We’ll be really surprised if it is priced anywhere near the Moto G and the Nokia Lumia 630.