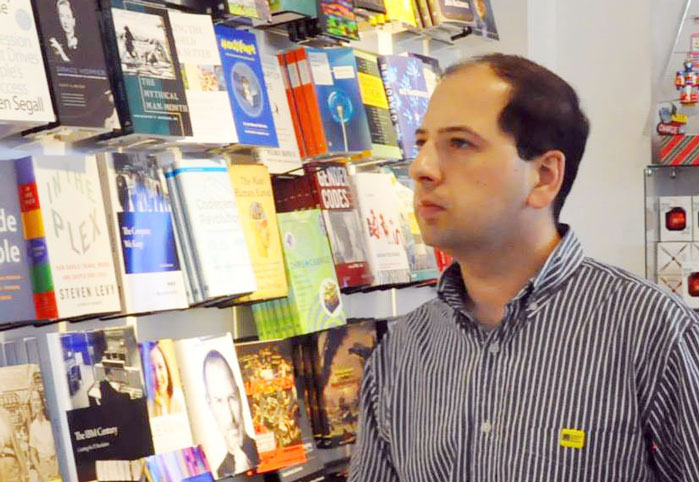 Amir Husain has been appointed to the Board of Advisors for IBM Watson. Husain shared the news on his Facebook timeline with his followers and said,

“Friends, I am incredibly honored and very pleased to announce that IBM has appointed me to their Board of Advisors for IBM Watson. I will be attending the inaugural Board meeting tomorrow and look forward to contributing to shape the future of Cognitive Computing and AI.”

Amir Husain is a serial entrepreneur whose interest in technology goes back to 1996, when he built the first website in Pakistan. Right now, he is based out of Austin, Texas, where he is currently the president and CEO of SparkCognition, a cognitive security analytics company that employs machine learning and artificial intelligence to deal with cyber threats.

Amir also serves as adviser and board members to many companies like Techjango, Openworks, Pepper.pk, Alif Laila Children’s Educational Society, ClearCube and others.

IBM Watson is the company’s artificially intelligent supercomputer. Just recently, IBM has partnered with Twitter to use Watson’s analytics abilities to mine tweets for insights, energy companies to find future caches of oil reserves and health care providers to treat cancer patients on a case by case basis and usher in the era of personal medicine.

IBM has struggled to find footing in the face of tough competition from cloud service providers, which have affected the company by reducing the demand for their on-site business servers. Watson is key to the company’s hopes of turning it around and IBM expects the platform to earn $1 billion in revenue by 2018, though it’s far off from target at the moment. The company is investing hundreds of millions of dollars into the platform and to help startups that employ Watson to leverage it more effectively.

Husain’s inclusion in the Board of Advisors for IBM Watson is a testament to the ability of Pakistanis to be leaders at the forefront of technology.