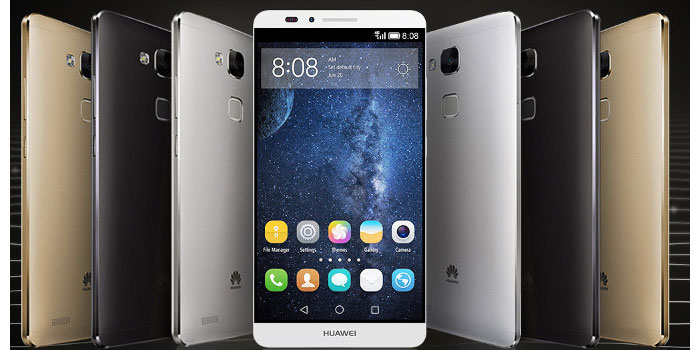 Huawei has launched its flagship phablet in Pakistan named; Ascend Mate 7. For the first time, Huawei has featured fingerprint sensor technology in a smartphone. Users need less than 1 second to unlock all operations of the device, with the new single-touch fingerprint-identification technology and the EMUI 3.0 feature.

ARM TrustZone also stores encrypted data of the fingerprint within the chipset for better protection by SecureOS, and prevents direct access by third-parties. However, with the Guest-Mode, the user can share his device with others, allowing them to access some specific applications.

The Ascend Mate 7 comes with a 6-inch FHD screen in a slim frame that measures 7.9mm. Under the hood, it boasts a powerful octa-core chipset for superior performance. It also showcases the fastest LTE category 6 connectivity available with download speeds of up to 300 Mbps. Featuring a longer-lasting 4100 mAh battery for extensive usage on-the-go, the device saves up to 50 percent of the battery by automatically using smaller A7 cores to power standard apps that consumer use at least 80 percent of the time.

It has a 13MP rear-facing camera to capture better party photos in low lighting with Sony’s 4th generation BSI sensor and f/2.0 aperture. In addition, the 5MP front-facing camera adopts the industry-leading 5P non-spherical lens for higher definition and less image distortion and allows for panoramic selfies to be taken. The Ascend Mate7 will be available in three distinct chic colors, moonlight silver, obsidian black and amber gold.

“We are thrilled at the regional arrival of our fastest and most compelling big-screen smartphone experience for consumers; the Ascend Mate 7 that we anticipate will be well received in the region. The smartphone is a true symbol of our relentless commitment to build a better connected word and to ‘Make it Possible’ for people to enjoy our premium quality devices,” said Jiao Jian, President of Huawei Devices Business Group Middle East.