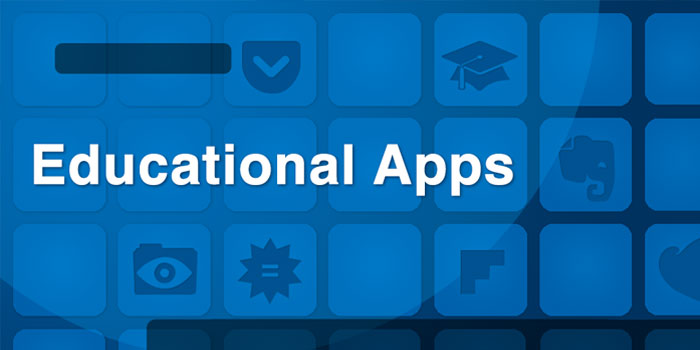 Literacy and educational apps are really making waves across the world. These apps not only new avenues of fun learning for kids but are also enabling adults to learn new languages, helping students do homework and helping teacher prepare better lectures and tests. Here are some of the best apps that we have come across.

One of the best learning apps, Khan academy offers personalized learning dashboards whereby students can learn subjects such as math, science, history, economics and a lot more at their own pace. MIT and Harvard alumni Salman Khan is the mind behind this project.

Khan started off by posting videos on Youtube but with the appreciation he received, he quit his job in finance to give his complete attention to Khan Academy. The project is now supported by Bill & Melinda Gates Foundation and Google amongst others.

Duolingo is a great app which enables you to learn languages such as French, Spanish, German, Portugese, Italian, Irish, Dutch, Danish and of course English. This is a great interactive app which avoids lecturing you and makes it fun for you to learn a new language by keeping you motivated. Though the app is a bit weak when it comes to the grammar, it will definitely help you to better understand these languages and you will certainly be able to hold a conversation and read road signs and menus.

Toca Boca is a Swedish game development studio that makes imaginative interactive games for kids. According to their website they provide open ended fun from a kids perspective, with no in-app purchases and these apps are gender neutral digital toys for both boys and girls. Some fun games from Toca Boca are – Toca Kitchen Monsters and Toca Kitchen.

Pretty awesome app especially if you are a follower of TED talks and conferences. You get to see more than 1,700 TED talk videos with subtitles in 90 languages. Their library has talks from some of the most fascinating people from across the world. Whether you want hear a tech genius or sports star talking about leadership, TED is the app to download.

A must try, QuizUp is a multiplayer trivia game on iOS and Android, I am totally hooked. With almost 25 million players from across the globe, you have plenty of challengers. There are more than 400,000 questions on over 500 topics you can choose with those who share the same interests as you. This is one of my most favorite pastime apps.